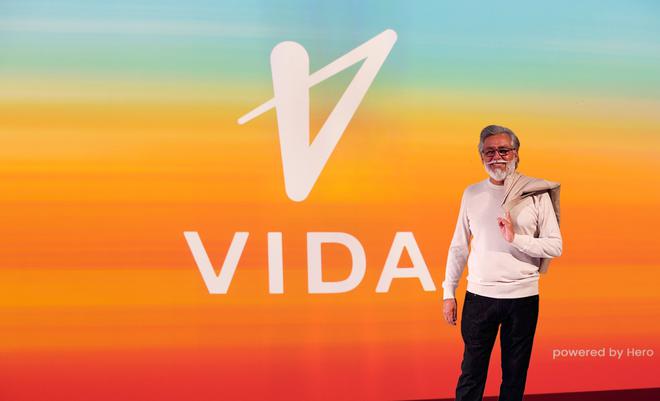 Hero Moto Corp has now launched a new brand to enter into the electric vehicle segment and improve its mobility solutions.

The “Vida”, powered by Hero, was unveiled at a first of its kind carbon-neutral event at Clarence Island in Dubai. On this occasion, Dr. Pawan Munjal, Chairman and CEO, Hero MotoCorp also announced a $100 million Global Sustainability Fund.

Dr. Pawan Munjal said that The fund aims to establish a global partnership between the BML Munjal University (BMU) and Hero MotoCorp.

It aims to develop over 10,000 entrepreneurs on ESG solutions. Launching the new brand at the event, Dr. Pawan Munjal acknowledged his team.

He said, “Vida means life, and the sole aim of the brand is to create a positive impact on the world. The brand’s purpose is to move us all forward in meaningful ways.”

Further, Dr. Pawan Munjal said, “We believe that the name is perfect for what we are building for our children and the next generation.” “In just 17 weeks from today, we will unveil our Vida platform, products and services to make the world a better place,” he added.

EV section to start from July 1

Hero’s electric vehicles will be officially unveiled on July 1, 2022. That would be the birth anniversary of Dr. Brijmohan Lal. The company will manufacture them at Hero MotoCorp’s ‘green’ manufacturing facility in Chittoor, India. The customers will be able to buy Vida products by the end of the year.

A brief about Pawan Munjal

Pawan Munjal is the Managing Director of the Hero Moto Corp. He is the son of Late Brij Mohan Lal, the founder of Hero Group.

It is to be noted that Hero was earlier a partner of Japan’s Honda. However, the partnership ended, and now, Hero is the world’s largest producer of two-wheelers. The company has sold over 100 million units to date.

In the year 2011, Hero parted ways with Honda. Since then, Pawan Munjal has led to the global expansion of the company. Now, the company has its units in Bangladesh and Colombia as well.

ALSO READ: Best packers and movers in Delhi NCR | Everything you need to know