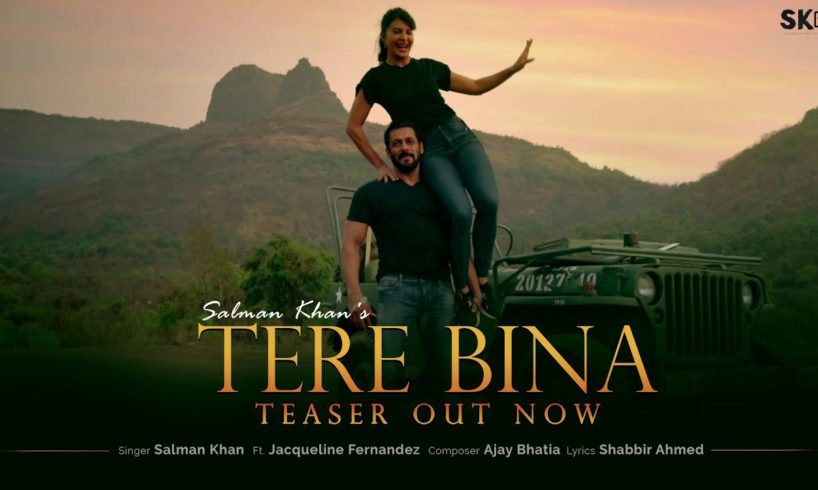 Salman Khan song: With the absence of the latest movies, your favorite daily soaps, and songs of your most adorable singers, the whole industry is missing entertaining the audience with its every bit. However, Salman Khan recently came out with his solo song Pyaar Karoge, a light heart entertainment for the audience amid these difficult times.

“Their chemistry is just setting the screen on fire”

After that, Salman Khan’s teaser for his news song Tere Bina is out and we can’t wait to hear the song already. Salman Khan song Tere Bina is expected to be out on May 12th which is tomorrow, on Tuesday. The song stars Jacqueline Fernandes alongside the actor and their chemistry is just setting the screen on fire. The teaser of the song was shared on May 9 and the audience poured it with their excitement over the release of the song.

Also read: Savoy-Saga of an Icon, a powerful documentary made around the history of Mussoorie

The couple spilled the beans of their hot chemistry last in film Kick back in 2014. Well, this time as well the couple is going to win millions of hearts in a couple of minutes and after seeing them in the teaser, we couldn’t deny that. The lyricist of this romantic song is Shabbir Ahmed and the song is shot by Saajan Singh who added a magical spirit of love in the song.

“The song is sung by Salman Khan himself”

The song is sung by the mega-star Salman Khan himself. However, to your surprise, the song was shot in Salman Khan’s Panvel farmhouse and was shot in just 4 days.

Salman Khan in a statement said that initially, the song was not fitting any film, so they decided to release it individually. Jacqueline also quoted that it was for this song that she learned to set light, moving equipment, and make-up as well.

Let’s wait for the release of the and see what it has got for us.

Have a look at Salman Khan song Tere Bina teaser: