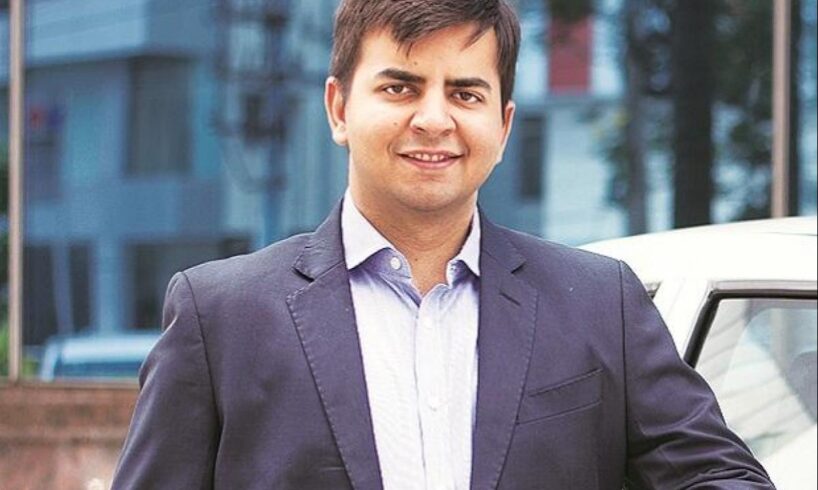 Ludhiana has always been a hub of industrialists and business minds. Undoubtedly, the city has given numerous entrepreneurs to the country who have enjoyed name and fame all around the world. Onkar Singh Pahwa, Sunil Bharti Mittal, Pankaj Munjal are the stalwarts born in Ludhiana. All of them have been an inspiration for a lot of young minds of the city. Mr. Bhavish Aggarwal is one of them.

We can say that he is a Gen Y business tycoon from Ludhiana who has continued to do what business people from the city have been doing- providing unique solutions.

Mr. Bhavish Aggarwal is the co-founder and CEO of Ola Cabs- one of the most famous ridesharing companies in India. He, along with his friend, Ankit Bhati, founded Ola Cabs in the year 2010. Since then, the company is continuously striding towards success. With 1.5 million driver partners, Ola is operational in more than 250 cities not only in India but also in countries like the UK, New Zealand, and Australia.

Bhavish Aggarwal was born on August 28 1985 in Ludhiana. His parents were renowned doctors. Though he was born in Ludhiana, he was raised in the UK and Afghanistan. As he failed to crack IIT in his first attempt, he went to Kota to prepare for the exams. The next year, he ranked 23 in the exam.

After completing his B.Tech degree in the year 2008, he looked for a job in the same field. For several years, Bhavish worked in the Research Department of Microsoft.

Bhavish’s connection with his wife

In the year 2007, Bhavish started dating his Tamilian friend Rajalakshmi, who later became his wife. At that time, she was working as a marketing manager at Ernst and Young. She was always there with Bhavish in his thick and thins. Some media reports even suggest that Rajalaksmi used to lend her car to Bhavish to pick up clients. After a serious relationship of 7 years, Bhavish and Rajalakshmi tied the wedlock in the year 2014.

How did Ola come into being?

It all started with an unpleasant incident when Bhavish went on a road trip with his friends from Bengaluru to Bandipur. Several reports say that the driver of the car stopped in Mysore and started demanding more money. This forced Bhavish and his friends to complete their journey by bus.

Back then, Bhavish was 23-year-old. He had left Microsoft to do something else. That was the time when got the idea of establishing a company like Ola. His goal was to establish a car rental company that provided amazing customer service at economical prices. Ankit Bhati, IITian from Jodhpur, helped him and both of them started with a website called Olatrips.com in December 2010.

Because they did not have any investors, the company’s working capital was quite low. When the smartphone app was launched, Tiger Global Management invested an amount of $5 million in the company.

When they received additional fundings from Japan’s SoftBank and Silicon Valley’s Sequoia Capital, they commanded 60% of the market share in India by 2014. This helped them reach more than 15 lakh bookings per day.

In January 2018, Ola initiated its operations in Australia. After that, they expanded their business in New Zealand and the UK.

Acceptance from the family

Though Bhavish Aggarwal’s family always supported him in every decision, his mother was doubtful about his switch from the IT field to starting a cab company.

However, his parents understood the success of Ola when their own driver left the job and registered with the company after buying his car.