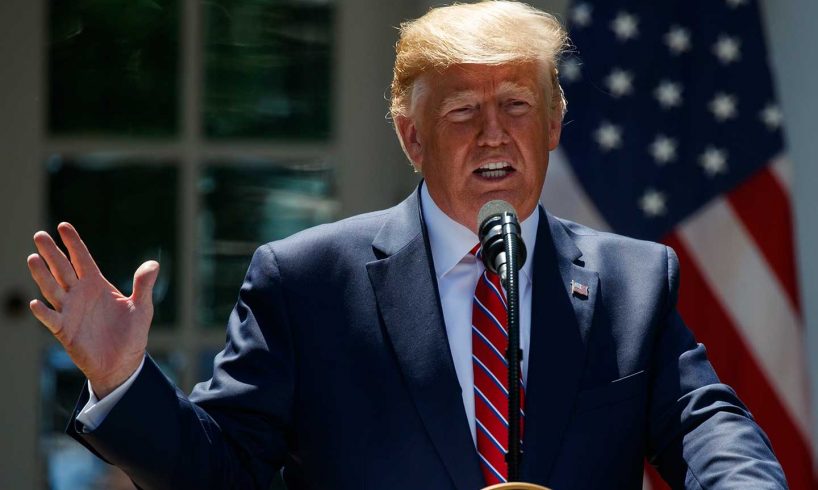 Washington: President Donald Trump said Friday he was severing US ties with the World Health Organization, which he says failed to do enough to combat the initial spread of the novel coronavirus.
Trump first suspended funding to the UN agency a month ago, accusing it of mismanaging its handling of the global pandemic.

Then 10 days ago, he accused the Geneva-based WHO of being a “puppet” of China, and said the funding freeze would become permanent unless it made “substantive improvements”.

“Because they have failed to make the requested and greatly needed reforms, we will be today terminating our relationship with the World Health Organization,” Trump told reporters.

The Republican leader said the US would be redirecting funds previously allocated to the WHO “to other worldwide and deserving urgent global public health needs.”

“The world needs answers from China on the virus. We must have transparency,” Trump said.

Beijing has furiously denied the US allegations that it played down the threat when the virus first emerged in the Chinese city of Wuhan late last year.

It says Washington is trying to shirk its responsibilities to the WHO and shift blame for its own uneven virus response.

The United States was the largest contributor to the WHO budget, providing at least $400 million in funding last year.

Earlier this week, the UN health agency launched a new independently-run foundation for private donations, which the organization hopes will give it greater control to direct philanthropic and public donations towards pressing problems such as the coronavirus crisis.

The vast majority of the WHO’s budget is in voluntary contributions, which go straight from countries and other donors to their chosen destination.

The WHO therefore only has control over the spending of countries’ “assessed contributions” from member states, which are calculated on their wealth and population.

WHO director-general Tedros Adhanom Ghebreyesus said the creation of the new foundation was not related to Trump’s threat.

“It has nothing to do with the recent funding issues,” he said Wednesday, detailing that greater financial flexibility had been among his long-term reform plans since taking over the organization in July 2017.