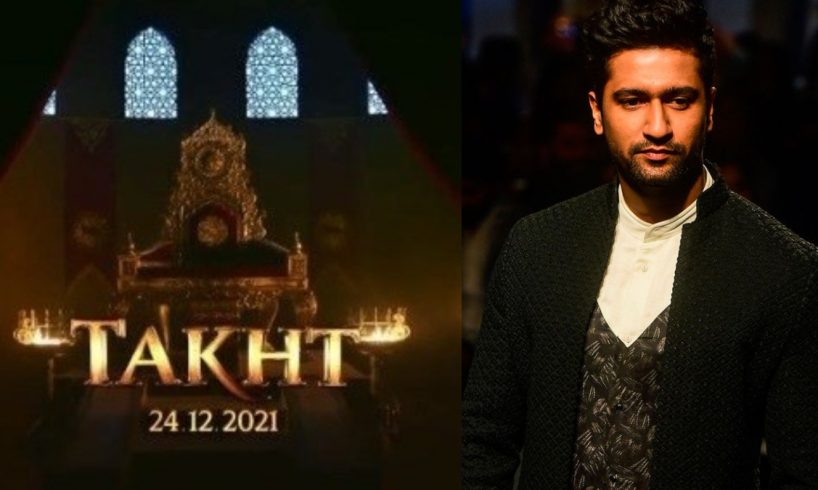 Under the Dharma Production banner, the magnum opus “Vicky Kaushal” starrer Takht has attracted a lot of audience with just a poster, storyline and a teaser. However, Karan Johar’s multi-star movie was expected to go on floors this March but due to the conditions awakened by Covid-19, the makers decided to postpone the shoot.

In a recent interview, “Vicky Kaushal” mentioned his excitement over beginning the shoot soon after the government decides to lift the Coronavirus shutdown. On being asked about the film, “Vicky Kaushal” expressed that every character in the film has got its own set of demands. He also mentioned that he will get his character to his headspace only when the shooting will kick start.

He added in his statement that Takht was a huge film in terms of scale and cast due to which the finalization of locations took time. The process took time but however, it was worth a wait. At the same time, the process of pre-production is complete and done and the beginning of the shoot is awaited.

Have a look at Takht teaser:

Vicky Kaushal gained fame and audience love with his outstanding performance in the film Uri: The Surgical Strike. The film brought him a lot of fans and opportunities to showcase his talent.

Before the city lockdown, he was sweating hard to prepare for a negative character of Aurangzeb in the film. Even the lockdown cannot stop his dedication as he is currently working out inside his house to prepare for the film.

Have a look at his home work-out video:

Other than Takht, he has been roped in for Shaheed Udham Singh’s biopic. The film is supposed to release in January 2021. Along with this, the Uri actor will be seen working alongside his Uri The Surgical Strike director, Aditya Dhar for the film The Immortal Ashwatthama.