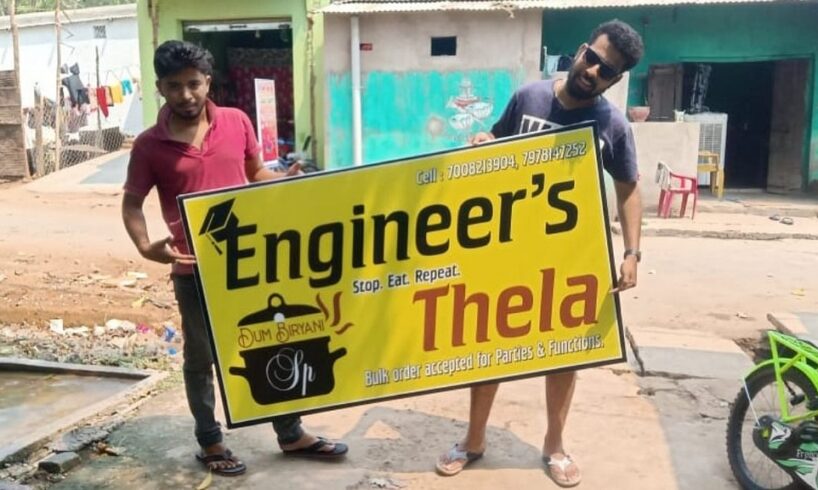 A food cart in Malkangiri of Odisha is very famous not just for the food it serves but the story behind the people who serve the food. Two young men behind this food cart are not chefs. They are two corporate employees.

Since March 2021, they have been setting their cart in the city and now, “Engineer’s Thela” is an eating hub for food lovers in the city.

Who are the people behind it?

According to the reports by The Better India, Sumit Samal and Priyam Bebrata look after this food stall. Both of them are engineers by profession. During the COVID-19 lockdown, they used to stroll in the local market in the evening to find some quality street food at affordable prices. That is when they realized that Biryani was something that people love. But they also realized that the condition in which some of the food vendors worked were not so hygienic.

Priyam reportedly told The Better India, “One such cart that we were eating at was parked near a sewerage drain. The meat in the dish also seemed dubious. We were left questioning the quality of the food.”

This inspired them to sell hygienic food and make it accessible to people from all walks of life.

Once they got the idea, both Priyam and Sumit invested Rs. 50,000 in the business from their savings and hired two cooks. They rented a room to run the daily operations of the business.

Though they did not know cooking, they ensured hygiene and food quality. It is to be noted that they did not leave their jobs. Every evening after their work, they sell biryani. The reports suggest that they sell around 100 plates every day and earns an average of Rs. 8,000 a day.