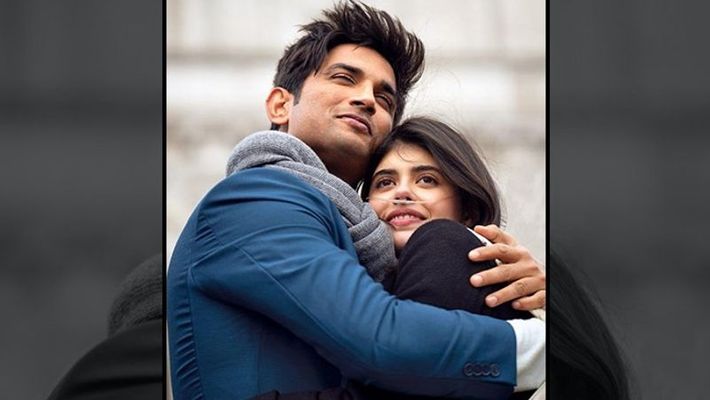 Sushant Singh Rajput and Sanjana Sanghi starrer Dil Bechara will bypass theatrical release and will directly hit OTT platforms. But, after the tragic demise of Sushant, his fans wanted producers to release the film directly in cinemas. And for some time, it looked like the makers may opt for the theatrical release of the film but it didn’t happen.

“Sushant Singh Rajput’s Dil Bechara will be directly coming on Disney Plus Hotstar on July 24. And it will be FREE for all“

Now it has been officially announced that Dil Bechara will be directly coming on Disney Plus Hotstar on July 24. And it will be FREE for all the subscribers and non-subscribers.
On Thursday, Disney+Hotstar announced that the film will be released on the platform, for both members and non-members.

Actress Sanjana Sanghi, who will make her film debut with the upcoming Dil Bechara, has shared a voice message on Instagram. In this message, she shared her feelings about the decision to release the movie directly on the streaming platform Disney+Hotstar.

“Let’s make this a time to celebrate a legendary life, a film?” Sanjana wrote in the caption of her post. “A time to give a tribute, to embrace these extremely challenging circumstances we all are in. And not a time to revolt, asking for something that in our present reality cannot be made possible. Let’s NOT make it about the size of the screen we get to watch this labour of love on, his last, and in my humble belief, his finest. Let’s instead make it about the size of our hearts, that we can make as big as we wish to, and fill up with as much love, joy and pride as we want. Let’s cherish it. Relish it. Celebrate it. In any and every way we can?”

In her message, she also said that the team has worked hard for two-and-a-half years with the intention that the film could be enjoyed on the big screen. They never could have anticipated the back-to-back tragedies of Covid-19 and Sushant’s death. All one can do, Sanjana said, is look for silver linings. “The silver lining here,” she said, “is that this labour of love will reach you.”

Earlier Sanjana Sanghi had also shared a tearful message after Sushant’s death. “Abhi toh itna kuch baaki tha, Sushant?(We had so much to do, Sushant),” She’d written in her caption. “I refreshed my web pages a 100 times hoping I’m reading some sort of horrible joke. I’m not equipped to process any of this. I don’t think I ever will be. I’m definitely not equipped to articulate my feelings, this is me failing, but trying.”

Also read: Savoy-Saga of an Icon, a powerful documentary made around the history of Mussoorie