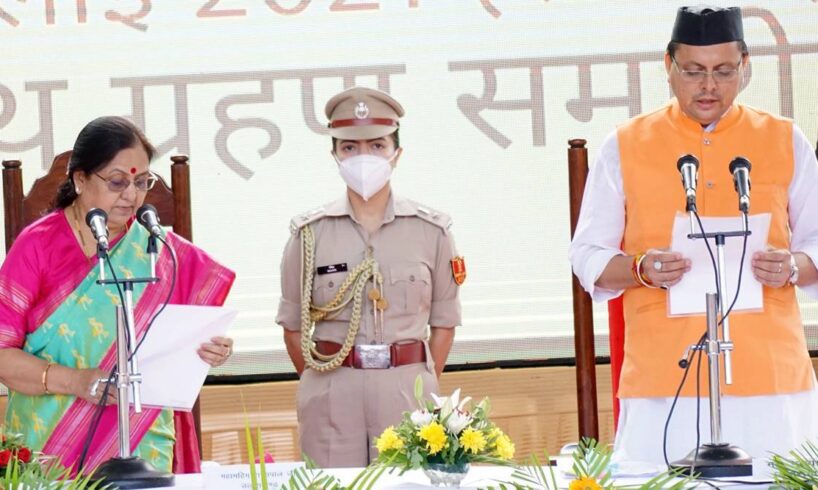 Also, other BJP leaders including Yogi Adityanath, Pramod Sawant and Meenakshi Lekhi were also present at the grand event.

Mr Dhami offered prayers at Tapkeshwar Mahadev temple in Dehradun today ahead of his swearing-in ceremony.

Earlier ending long suspense over the Chief Minister face, the BJP on Monday elected Mr Dhami as the leader of the legislature party in Uttarakhand.

BJP’s dilemma on the choice of a chief minister was caused by Mr Dhami’s loss in Khatima, a seat he had been winning since the 2012 Assembly polls. Mr Dhami had lost to Congress candidate Bhuwan Chandra Kapri from Khatima by a margin of 6,579 votes.

BJP won 47 seats in the 70-member Assembly in the recently concluded state elections. With this, the BJP has become the first party ever in Uttarakhand’s 21-year-old history to return to power in consecutive elections.