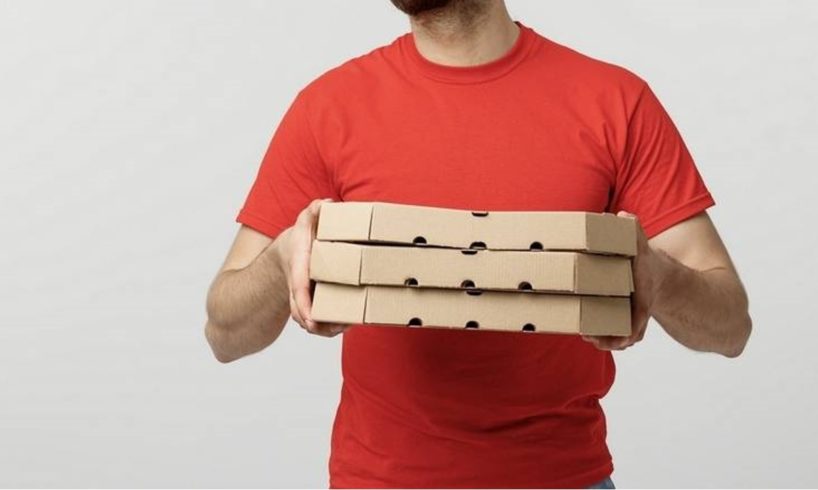 72 houses across South Delhi, including in Hauz Khas and Malviya Nagar, have been put under quarantine after a pizza delivery boy tested positive for COVID-19 in Delhi

As per the news reports, District Magistrate (South Delhi) B M Mishra told that none of the people in the 72 houses have been tested so far. “All of them are under home quarantine, and will be tested if they develop symptoms,” DM said.

As of now officials did not share details of where the pizza delivery man works, or of the 72 houses under scanner.

“Co-workers also have been put under quarantine”

As per the news reports his co-workers, 17 of them, have also been put under quarantine.

“He delivered pizzas in 72 houses in a five kilometer radius in south Delhi, including Malviya Nagar and Hauz Rani. It is possible that he contracted the disease while delivering to one of the houses in the area,” DM said.

A couple lanes in both these areas have been declared containment zones after more than three cases were reported from there.

As per the reports the Pizza delivery man is a resident of Savitri Nagar, a small neighborhood adjacent to Sheik Sarai and Malviya Nagar. And health officials are still trying to ascertain how the man contracted the disease.

“He was symptomatic for almost a month. He said he had started feeling fatigued and had a persistent cough since March 20 and continued to work till April 12-13. Since he had no history of travel and contact, he had no reason to believe that he had COVID-19. He tested positive on April 14. We have quarantined the residents of all the 72 houses where he delivered food as well as his 17 co-workers,” DM South said.

According to officials, while the man was not worried initially, he started insisted on being tested after his symptoms persisted.

“He went to Safdarjung, demanding that he be tested. And told them he delivered food and was at risk. He was then sent to RML Hospital for tests,” an official said.

Home delivery of food and groceries is permitted during the lockdown. In containment zones, the lockdown is stricter, and no one is allowed to step out of their homes. All essential items are delivered at the doorstep.

Officials are working hard to get all contacted person of Pizza Delivery boy during this time. And booth-level teams are also trying to find out if the man came in contact with anyone else apart from his family members and colleagues.