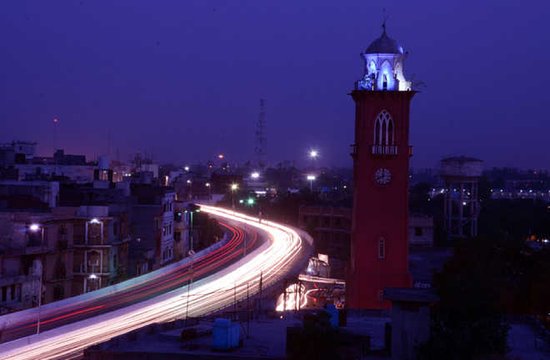 Ludhiana is Punjab’s largest city and also the largest city in the north of India. This city has an area of 311 sq. km and an estimated population of 1,618,879 as of the2011 census. The city stands on the Sutlej River old bank, 13 kilometers (8.1 mi) south of its present course. Ludhiana is an industrial center of northern India, often referred to as India’s Manchester by BBC. This City provides millions of jobs every year and people around the country work here.

Ludhiana is among the list of smart cities that will be developed by the government of India. It has also been ranked as the easiest city in India for business according to the World Bank. The city is also home to the Punjab Agricultural University, the largest agricultural university in Asia.

Why is Ludhiana famous?

Read below about some factors that help to make Ludhiana the Manchester of India:

Ludhiana is often called as Manchester of India because of its dominance in the textile industry. but it is also true that Ludhiana is the hub of industry.

In 2009 and 2013, the World Bank ranked Ludhiana as the “with the best business environment city in India”. Many small scale industries work here to produce every required single part, tool in the growth of the Ludhiana’s Industry. These small scale industries owned by many well-known personalities of Ludhiana are providing industrial parts, tools, and final products to every corner of India as well as to the world. These small-scale industrial units in Ludhiana produce industrial auto parts, hosiery, garments, goods, machine parts, and household appliances.

“Ludhiana is considered as Asia’s largest hub for bicycle manufacturing.”

Tractors can be considered as major useful and essential products for modern farming. And this City produces 60% of India’s tractor parts. Ludhiana is also a production hub for auto parts and produces a large portion of auto and two-wheeler parts of the auto industry.

Ludhiana is also one of the largest manufacturers of domestic sewing machines. Ludhiana is a major contributor to Hand tools and industrial equipment and provides quality products to not even to Punjab, even to all other cities of India.

“Hosiery Industry is famous in Ludhiana the manchester of India.”

Ludhiana’s apparel industry of Ludhiana that popularly known as the Ludhiana Hosiery industry. And as a result of its dominance in the textile industry, it is often dubbed as the Manchester of India.

The hosiery industry of Ludhiana provides jobs to millions of people. This industry produces the largest share of India’s winter clothing.

Many woolen sweaters and cotton T-shirts and woolen clothing brands also based here in Ludhiana.

Ludhiana is also a famous source of shawls and stoles and satisfies the demand for major domestic and international brands.

Ludhiana weather can classifies moderate in summer and monsoon and effect max in winter to the general public. people enjoy all-weather conditions at their stay in Ludhiana.

Ludhiana climate comes as a semi-arid climate when measure under the Koppen climate classification. and with three defined seasons of the year, summer, winter and monsoon. On the technical front, Ludhiana on average sees roughly 809.3 millimeters (31.86 in) of precipitation annually. And the official weather station for the Ludhiana is in the compound of the Civil Surgeon’s Office to the west of City.

To live a healthy life is a major concern for all of us. And to get the top medical facilities in city we always look for the best Hospital in and around the city. Hospitals in Ludhiana provide quality health care and medical facilities to the patients. some of major hospitals are Fortis, SPS Hospital, Deep Hospital, CMC and DMC.

Some important aspects of Ludhiana

Ludhiana City, to its people, consists of the Old City and the New City. The Old city belongs to where the essence of the city belongs, Chaura Bazar, Saraffa Bazar, Saban Bajar, Salem Tabri like areas have a dense population and considered as old Ludhiana. The new city primarily consists of Mall road, Sarabha Nagar, Gurdev Nagar, Civil Lines area, and also moving towards Pakhwal road and Ferozpur road. The Civil lines area which was historically known as the residential and official quarters of the colonial British encampment is also getting dense day by day.

The land dips steeply to the north and the west where, before 1785, the river Sutlej ran.

Old people say that the Old Fort was at the banks of the Sutlej (and now houses the College of Textile Engineering). Also, there are discussions on if there was a tunnel connects that to the fort in Phillaur – although why this should be is debatable. As the Sutlej was the traditional dividing line between the principalities, often occupied by enemy forces.

In Ludhiana, the tree of largest natural extraction was the kikar, or Acacia Indica, but has been supplanted by the eucalyptus, transplanted from rural Australia in the late 1950s by the government of Chief Minister Pratap Singh Kairon.

Demographic of Ludhiana the Manchester of India

The provisional data of the 2011 census Ludhiana shows a population of 1,618,879. The literacy rate was 82.50 percent. This population consists of 950,123 males and 743,530 females.
Although major contributions of Ludhiana’s population are people from other states. As people come here to work in Industry and also in the farming sector.

DMC (Dayanand Medical College and Hospital) is another tertiary care teaching hospital in Ludhiana. These Medical institutions are the pride of Ludhiana, also recognized by the Medical Council of India.

There are a few good colleges providing these courses both part-time as well as full-time, such as University Business School (UBS), Panjab University Regional Centre, the Punjab College of Technical Education (PCTE), Punjab Agricultural University (PAU), Sri Aurobindo College of Commerce and Management (SACCM), Guru Nanak Institute of Management & Technology (GNIMT) and Government college for boys and Government college for girls. Khalsa College and Arya college are also present to study as a part-time student.

Nearby Places of Ludhiana

Hotels of Ludhiana the manchester of India:

Ludhiana has many hotels that range from budget to luxury according to your need. Park Plaza, Radisson Blu Hotel, and Hyatt Hotel in Ludhiana are five-star category hotels. As all these Hotels provide all facilities and luxury ambiance for the people. Some of the other famous hotels are Hotel Nirwana, Maharaja Hotel, Hotel Sarover portico, etc.

How to reach Ludhiana the manchester of India?

Road, Rail, and Air traffic are the backbone of every city and Ludhiana has all three connected with all major states in India. The city has its own airport at Sahnewal connected with domestic air traffic. Ludhiana Junction is an old but well-built railway station. And serves millions of people, who travel or pass from its main junction to other states.