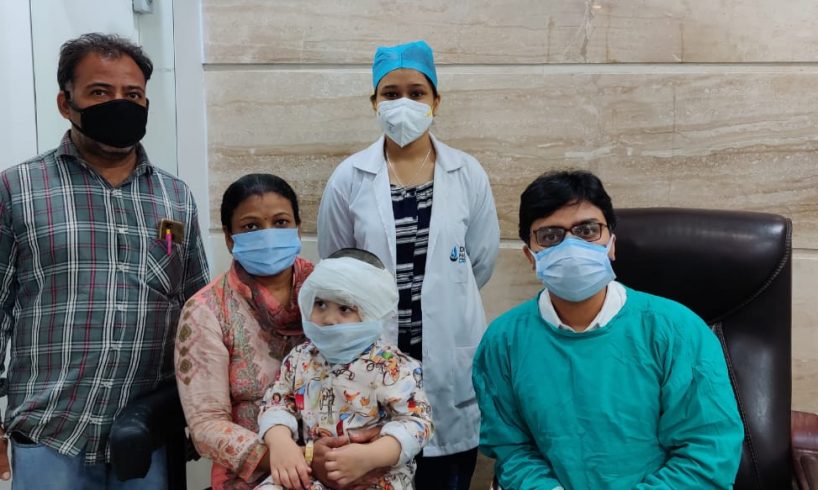 Ludhiana(Punjab): World health organization (WHO) states that over 466 Million people worldwide suffer from hearing loss, which is close to 5% of the world’s population. And out of this 36 million are children. As per the 2011 census, India itself has more than 50 lakh citizens who suffer from some form of Hearing loss. 1 in every 1000 newborn is profoundly deaf, who need a cochlear implant. Such is the grandiosity of this problem. Despite the alarming statistics, the awareness about hearing loss, its crippling effects, and the treatment options, remains low amongst the masses. Although there has been some increase in awareness in the last few years or so still a lot needs to be done.

There are high-risk children who are more prone to develop hearing loss like: those with a history of treatment in neonatal ICU for more than 48 hours, family history of childhood deafness, any history of neonatal jaundice, premature birth, meningitis (brain fever).

Hearing loss is a problem that has to be tackled with joint efforts of all medical community: said, Dr. Baldeep Singh, Director-Deep Hospital

Speaking on the occasion, the Director of Deep Hospital Dr. Baldeep Singh told that hearing loss is a problem that has to be tackled with joint efforts of all medical community. He also highlighted the work done by Deep Hospital in the field of treatment of hearing loss through the availability of the facility of Cochlear Implant Surgery and also post-operative audiology services.

Bilateral Cochlear Implant surgery with the world’s slimmest CI, that is 3 Tesla MRI compatible, is first of its kind in India: Dr. Rajeev Kapila

He urged the general public to understand Hearing loss and its crippling effects and told that hearing loss has to be understood in its totality and not just regarded as hearing loss. He added that in some cases of the intensity of hearing loss is above a certain level in congenitally deaf children, it can result in mutism ( which is commonly known as DEAF- MUTISM/ DEAF DUMB) where children fail to develop spoken language as they have not heard since birth.

Children with normal IQ are called DEAF and DUMB because they cannot listen or speak and are always considered a burden on society. Such children have poor chances to go to a normal school, earn a livelihood, and be a productive part of society. He also gave an example of a few infants who got implanted with a Cochlear Implant and are doing well.

Dr. Rajeev Kapila also stressed the importance of early screening for hearing loss and early intervention as a child’s critical learning period is early childhood and it’s at that time that auditory-verbal skills develop most.

A child’s hearing can be checked on the same day of birth and ideally, every newborn must be screened for hearing loss. And Cochlear Implant technology has been revolutionary in restoring the sense of hearing world over and this technique is being practiced in India since more than 2 decades, said Dr. Rajeev Kapila

He also explained that why just a normal looking outer ear is not sufficient and working of INNER EAR COCHLEA is also required for a person to hear.

He said that cochlear Implant can also help those adults who have had no benefit from hearing Aids and who have good language skills but face challenges in hearing.

On this occasion, Dr. Baldeep congratulated Dr. Rajeev Kapila and the team of Deep Hospital for taking lead in the field of cochlear Implant Surgery and role played in creating awareness amongst the general public.

Also read: Cipla launch drug Cipremi in India for emergency use in the treatment of COVID-19 patients