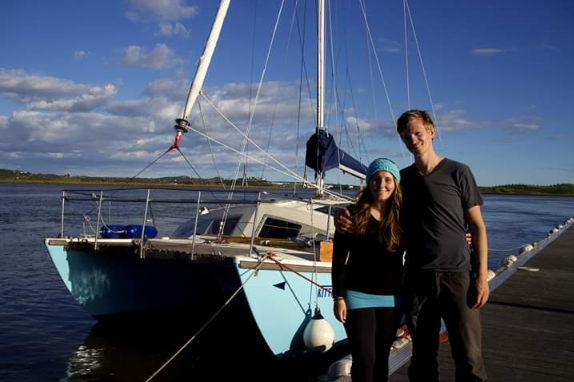 As per the reports, the couple was traveling across the Atlantic ocean from the Canary Islands to the Caribbean from last month when the Coronavirus was killing the people all across the world.

The couple from the United Kingdom, Elena Manighetti, and Ryan Osborne left their jobs in 2017 and bought a boat to sail around the world. They asked their families to keep in touch but with the condition: no bad news.

This was why, when they tried to dock on a small island in Mid-march, they were shocked to know that Caribbean islands have closed their borders.

As per the reports by The Guardian, many sailors around the world have stranded because almost all the countries have sealed their borders.

“In February, we heard about a virus in China, but we had limited information about it. We had figured by the time we got to the Caribbean in 25 days it would be over,” Elena told BBC.

“But when we arrived, we got to know that the whole world got infected of Coronavirus,” said Ryan.

As they failed to dock in the Caribbean they went to Grenada where they got some good internet connection and got to know about the news.

However, both of them were tracking their GPS location which helped them to prove that they were in isolation in the sea for 25 days. According to the reports, the couple is currently at St Vincent and hoping to get permission to leave before the hurricane season arrives in June.