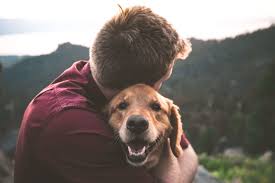 The phrase “a dog is a man’s best friend” is old, common, and true. If you own a dog, you will undoubtedly agree. The relationship you share with your pet is unique and incomparable.

Care for a dog is not a simple task, but it is extremely rewarding. The bond is still special and genuine.

When it comes to celebrating the human-dog dynamic, movies across industries have captured different nuances — from Hachi (2009) to Chillar Party(2011).

And now, another addition to this list is the upcoming and highly anticipated ‘777 Charlie’. This pan-India venture from the Kannada film industry is directed by Kiran Raj, starring Rakshit Shetty and a labrador retriever named Charlie.

The movie, which will hit the screens on 10 June, expects to deliver a light-hearted and breezy, yet emotional ride. “The film is about a loner and his relationship with a dog named Charlie. He does not even talk to his neighbors. Then Charlie comes into his life and the story is about how the pet changes his world.

While 777 Charlie is mostly a fictitious narrative, there are countless real-life stories that show how strong a dog’s love for its person can be. We have five such true-life stories that can turn into magnificent films.

Gowtham Kumar from Karnataka grabbed the country’s attention when he came up with a unique ‘dog ambulance’ for pet owners who struggle to find appropriate transport at the time for emergencies.

He later made news when he took his adopted pet dog an indie named Chandramouli for a road trip through Karnataka. The duo visited iconic tourist spots on Gowtham’s bike.

When he chose to combine his passion for traveling with his love of dogs, the idea of a road trip with Chandramouli came to him. He didn’t want to give up his adventurous side and lose out on unusual encounters with his best buddy. So he hooked a dog carrier to his bike and put it through its paces. He does include a cushion in the carrier to ensure his canine companion’s comfort.

The trip, which lasts around four days, is eventful, according to Gowtham. He said that Chandramouli loves traveling with him so much that she slept virtually the whole time in her carrier.

Arya, who refuses to leave the battle zone without her dog, Zaira

Arya Aldrin, a Ukrainian medical student, hit the headlines a few months ago. When she refuses to return to her Kerala home without her pet dog Zaira, a Siberian husky.

Arya had started preparing to get the dog out of Ukraine even before the war was declared, and managed to get a pet passport, vaccination papers, and a microchip thinking that they could both fly out. But when the time came, the second-year MBBS student had to face several hurdles to carry her pet dog along with her.

As the crisis escalated, she traveled by bus to neighboring Romania and walked around 12 km with Zaira. She didn’t let her dog go even when the Romanian soldiers stopped her from taking Zaira along. Eventually, the soldiers allowed her to take her dog along.

When the pair landed at the Romanian airport, she told them to find a cage for Zaira to fly in. Arya and Zaira flew to India together after a few hours of running about and another missed flight.

Harvinder Singh, who drives his dog Ronnie around in his auto-rickshaw

Harvinder Singh’s story, about an auto-rickshaw driver in Pune, went viral for all the right reasons. Manjiri Prabhu, a Pune-based novelist, told the story of Harvinder who rides his vehicle with his darling pet, Ronnie.

When Manjiri and her sister hailed Harvinder’s auto, they noticed a small puppy curled up beside the driver’s seat. She asked him why he was carrying him around.

He told her that the puppy had been brought home by his son. However, since there was no one home to look after Ronnie, he decided to take him to work instead of abandoning him. Ronnie travels with Harvinder everywhere, and the latter even keeps food and water in his vehicle for him.

The couple that travels by rail with their three pet companions

In 2017, Divya Dugar, a Delhi-based writer, and her partner Olivier Telle started recording their Indian railway rides with their two adopted indie dogs, Tigress and Marcopolo, on Instagram.

Later, their family grew with the addition of one more indie dog Pari, and their son, Marius. Now they travel with their three furry friends and their toddler.

Tigress suffered severe vehicle sickness, so the pair started traveling by rail. They claim that the Indian Railways is particularly pet-friendly, despite a number of laws and regulations. Regardless, the family finds traveling with dogs to be enjoyable, and they continue on their adventures.

They also assist hundreds of pet owners who wish to take their furry pets on trains by giving them all of the necessary tips and tactics.

Divya, who feeds over 650 stray dogs every day

Divya Gurwara, a Delhi-NCR-based businesswoman, turned her dislike of dogs into a daily feeding of over 650 stray dogs through her program Kitchen for Paws.

Though she didn’t mind stray dogs, she never had a great love for them until her son Dhruv brought home a 30-day-old beagle. Divya says her initial emotion to seeing the puppy was grief because the dog had been separated from his mother.

Her attitude changed instantly, and she went from not minding to being an extremely loving pet mom, worried about every move the beagle made.

The beagle was called ‘Astro,’ and he stayed with the Gurwara’s for many years.

This small dog’s impact inspired Divya to launch Kitchen for Paws, a program that feeds over 650 stray dogs every day.

Also Read: Dipping mango in water is the best grandma’s advice ever