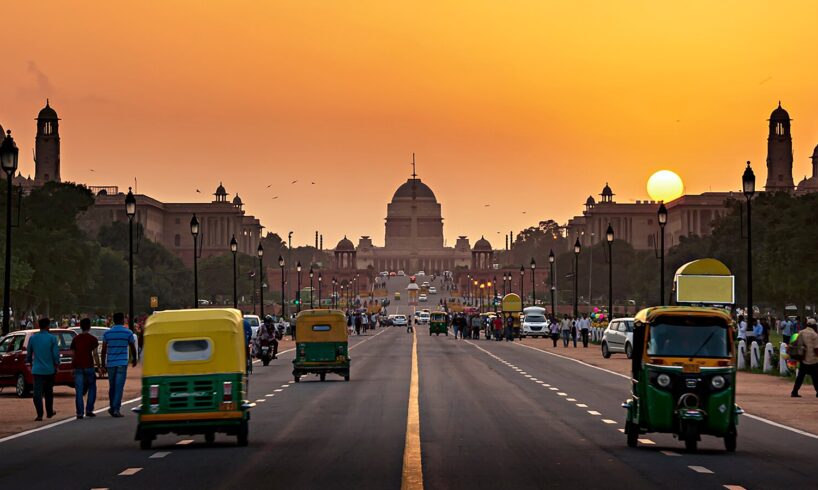 Delhi tells so much about our country’s rich heritage, culture, and tells different stories of India’s history. That is why our national capital is also referred to as the “heart of our country”.

Delhi and New Delhi are not the same

New Delhi is where the power lies in the hands of the Supreme Court of India, the Parliament House, and the Rashtrapati Bhavan.

So, now you know that Delhi and New Delhi are two different places.

Delhi was once a walled city

There was a time when Delhi used to be a walled city. Now, as more and more people from other states of India are coming relocating to Delhi, the populous region has expanded geographically as well.

Some reports suggest that the area that we call Old Delhi or Purani Dilli today, was the completely walled area. It was then called Shahjahanabad. You can see some parts of it today as well in Daryaganj area of Delhi.

Delhi is home to the oldest spice markets

You might know that Britishers first came to India for spice trading. Delhi is home to some of the oldest spice markets in the world. Khari Baoli area in Delhi is the largest spice market in Asia. Now you know the secret place where you can find all the secret spices used to make mouth-watering and finger-licking Indian food.

A museum of toilets in Delhi

Have you ever heard of a museum of toilets? Well, we are not joking! Here in Delhi, you will find a museum of toilets as well. Just search for the Sulabh International Museum of Toilets. This is a place in Delhi that traces the history of sanitation and toilets across the world. Another surprising place and interesting fact about Delhi!

ALSO READ: Top 20 travel destinations in Delhi that you must visit!

If you are a non-vegetarian living in India, you must have tried Butter Chicken. But did you know the origin of Butter Chicken? It is said that Delhi is home to this amazing dish. Delhi is where Murgh Makhani aka Butter Chicken was first introduced. Some say that Moti Mahal in Delhi was the place where Butter Chicken, which later on, went on to amaze non-veg lovers across the world.

Most expensive office spaces in Delhi

Where can you find the most expensive office spaces in India? The answer is Connaught Place Delhi!

Delhi is home to the world’s tallest brick minaret

Your trip to Delhi will be incomplete without visiting Qutub Minar- the tallest brick minaret in the world. It is a UNESCO world heritage site and also, a popular tourist destination. People from different parts of the world visit here in Qutub Minar.

Qutub-ud-din Aibak started its construction in the year 1199. The minaret is 72.5 meters tall.

Became the national capital in 1931

The fact that Delhi’s mention is in our mythological books tells us how old the city is. It was earlier called Indraprastha, which was the kingdom of Pandavas in Mahabharata.