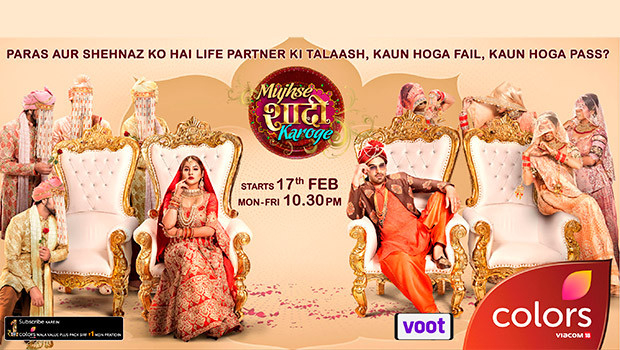 Mujhse Shaadi Karoge: As Salman Khan’s Bigg Boss season 13 kept the audience at its bay, the makers thought that adapting BB concept might also turn out to be helpful for their other reality show.

After BB13, the makers replaced the show with Mujhse Shaadi Karoge which is a Swayamwar based show featuring Paras Chhabra and Shehnaaz Gill. Both the actors are trying to find a suit for their respective selves as they both had entertained the audience quite well in the Bigg Boss 13 house. Likewise Bigg Boss 13, Mujhse Shaadi Karoge was expected to set the TRP charts on fire but was proven to be a lame attempt later on.

Undoubtedly, the show kicked off with good numbers but later, failed to entertain the audience as Bigg Boss 13 did. Meanwhile, gossips are traveling all over the industry that the Colors channel is planning to put an end to the show soon.

According to a report, Mujhse Shaadi Karoge might go off air soon. Unfortunately, the show was unable to remain on the air and entertain the audience. Initially, it was meant to air for around 3 months but the makers now feel that the show is unable to grab as much as TRP as it was expected to do so, as confirmed by another report.

Another speculation is traveling that nobody out of Shehnaaz and Paras would get married at the end of the show but the makers would give it a comic situation which will be awaited. However, the makers failed to replicate the success they received from Bigg Boss 13.

They have to understand the fact that copying the concept does not attract the audience but something unique and crisp does. Let’s see if the speculations about the show come true or not.