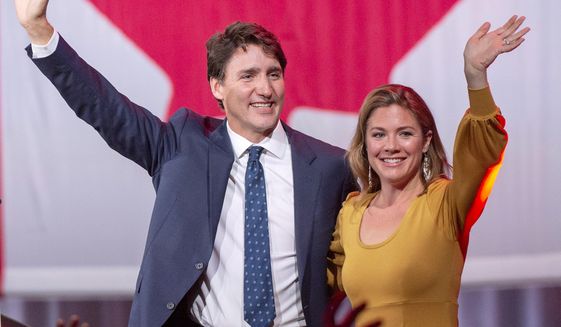 Canada: Amid the widespread Coronavirus, ‘Canadian Prime Minister wife‘ has tested positive of the deadly virus. Trudeau’s office said on Thursday night that the lady was feeling well and will be kept in isolation.

As per a statement by the office, the Prime Minister has been given precautionary measures following the advice of doctors and he will be kept in isolation as well for a period of 14 days.

They also said that the doctors have advised the prime minister to continue the regular activities along with self-monitoring as he is not exhibiting any symptoms himself.

The prime minister is doing all the work from home itself. Recently, he had a word with the world leaders and is thinking of joining a special Cabinet committee for a detailed discussion about the novel Coronavirus.

Due to the dangerous virus spread into the Prime minister house, as ‘Canadian Prime Minister wife’ tested positive of the Covid-19. Trudeau has canceled the in-person meeting which was supposed to be with Canada’s provincial premiers.

The Coronavirus outbreak has till now infected 140 people in Canada.

Among the infected people, there is one death record who is an elderly home resident in British Columbia.

The Health Officer of British Columbia has strictly advised the citizens to avoid traveling outside Canada, including the US. He also mentioned if someone chooses to do so, then they must self-isolate themselves for almost 14 days after their return and must stay away from school, colleges, and public places.