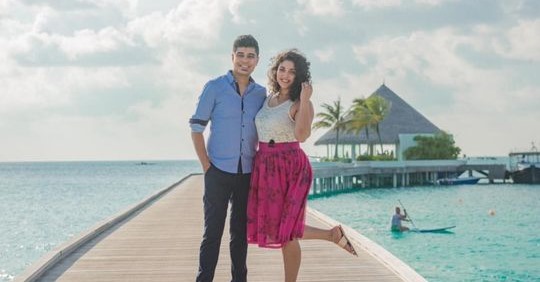 Maldives: A UAE based Indian origin couple has been stuck in the Maldives because of the travel restrictions due to the Coronavirus outbreak. The couple reportedly went to the Maldives for their honeymoon but now they have to stay there till the travel ban is lifted.

“Everyone is telling us how lucky we are to be on an eternal honeymoon on a dream island Maldives, which also luckily has only a few cases of Coronavirus (19 cases with 13 recoveries). But truth be told, it feels like the honeymoon is long over and we are feeling anxious to return home,” told Ria Bhatia to Gulf News.

Her husband, Rohan Bhatia said that they had to return to Dubai on March 20, a day after the flight restrictions were imposed. It was too late by the time they realized that there were no flights after 12 noon on March 19. Rohan works as a trade development executive and told Gulf News that he did not bring his work laptop with him.

“My employer is very supportive in this context. But I don’t know how long we will have to stay here. Our family is also very worried about us,” Rohan said.

The report says that the couple is stuck at a beach resort located on the tip of South Male Atoll. However, the couple said that they had the option to go to their home countries when the flights to the UAE were suspended.

Explaining his situation, Rohan said, “The Indian Embassy has been very helpful to us. Our situation is complicated because Ria is a Canadian passport holder and I have an Indian passport. Both of us are settled in UAE with our families and that is where we belong.”