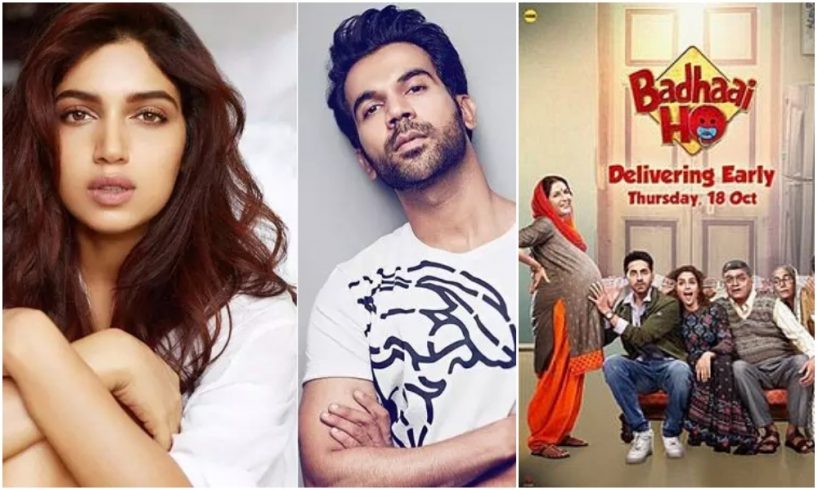 ‘Badhaai Ho‘ star Ayushmann Khurrana and Sanya Malhotra was a huge hit as the film was based on a unique concept and was a blockbuster entertainer. Badhaai Ho which was released in 2018 took to the audience’s hearts in no time just after its trailer release.

The film grabbed two awards for Best Popular Film Providing Wholesome Entertainment and Best Supporting Actress, after which speculations fueled up in the industry that the makers of Badhaai Ho are going to take the social-comedy forward.

Later the news came that the film Badhaai Ho will soon be having its second installment titled Badhaai Do.

As per the latest reports, the filmmaker has already cast Bhumi Pednekar and Rajkummar Rao in the lead roles of the film. Badhaai Do is going to be directed by director Harshvardhan Kulkarni.

Both the social-comic films are having separate storylines and but will be connected via a common concept.

The movie would be about the humorous situations occurring as and when they meet.

While talking about her role in the film Bhumi Pednekar said that her character is author-backed and independent.

The actress also expressed her excitement about sharing the screen space with Rajkummar Rao for the film. She also said that she has a scope of portraying a very different and cool character as always.

At the same time when Rajkummar Rao quoted that while selecting the movies, he looks out for layered characters and the one offered to him through “Badhaai Do” was a perfect match.