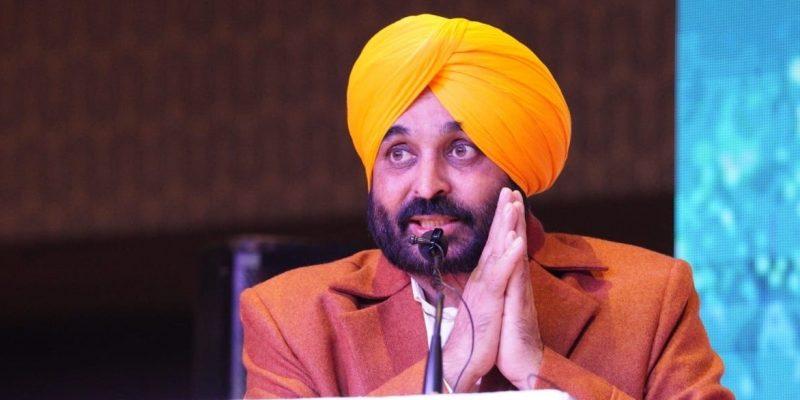 Bhagwant Mann has become the Chief Minister of Punjab. Once he was a comedian and now, he is leading the state from the front. Be it the entertainment industry or the political life, people have given Bhagwant Mann much love and support.

Aam Aadmi Party in Punjab has completely clean swept the rest of the political parties such as Congress, Shiromani Akali Dal and BJP.

Of the total 117 Assembly seats, AAP won 92 seats. Bhagwant Mann was contesting the elections from the Dhuri Assembly constituency. He was up against Congress’ sitting MLA Dalvir Singh Goldy. Bhagwant Mann defeated him with a margin of 58,000 votes. AAP had already announced him the Chief Minister face through a televoting process. At the ancestral village of freedom fighter Sardar Bhagat Singh, Bhagwant Mann took the oath as the Chief Minister of Punjab.

A look at his political timeline

As mentioned earlier, in just 10 years, Bhagwant Mann managed to become the Chief Minister of Punjab. In the year 2012, he started his political journey. He left the entertainment industry and stepped into the political world.

2012: Bhagwant Mann joined Manpreet Singh Badal’s People’s Party of Punjab in the year 2012. That year, he fought the Assembly elections from Lehra Gaga seat against stalwart Rajinder Kaur Bhatthal. However, he lost in the elections that year.

2014: One can say that in 2014, Bhagwant Mann made one of the best decisions of his life. He decided to quit PPP and joined Arvind Kejriwal’s Aam Aadmi Party. This was the turning point of his political career and since then, there’s no looking back.

He got the chance to fight the Lok Sabha elections for the first time in 2014. He contested the elections from the Sangrur seat and became the Member of Lok Sabha.

2017: In the year 2017, Bhagwant Mann once again fought the Assembly elections. He was up against SAD’s Sukhbir Singh Badal in the Jalalabad constituency. However, this time, he lost the election.

2019: In the year 2019, Lo Sabha elections were held and Bhagwant Mann continued his winning streak. He became the MP for the second time.

2022 was the right time for Bhagwant Mann to once again contest the assembly elections and win for the first time in the state. This time, Aam Aadmi Party fielded him from the Dhuri seat. He was up against Congress’ Dalvir Singh Goldy and comfortably won the elections.

AAP is elected by the people with a great majority. The party managed to match SAD’s record of winning most seats in the Punjab assembly. All the political stalwarts of other political parties lost their seats.

ALSO READ: The rise of Arvind Kejriwal in the last decade