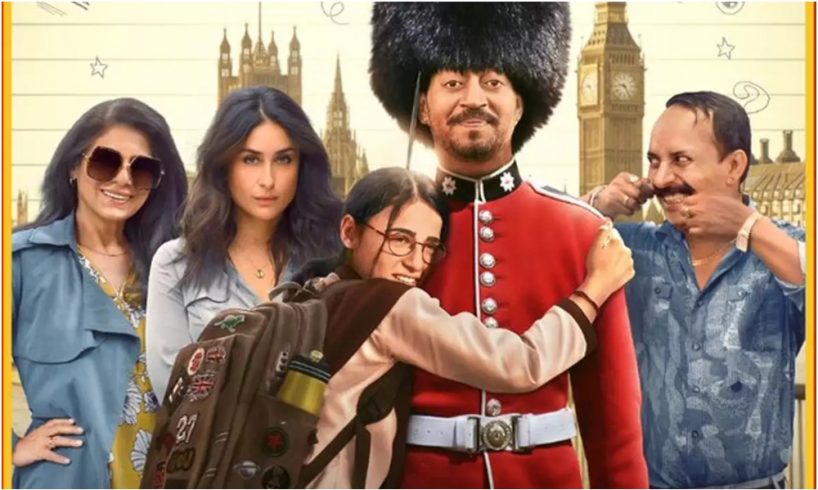 ‘Angrezi Medium box office’ collection day 1: Irrfan Khan, and Radhika Madan star Angrezi Medium has been worst hit by the novel Coronavirus as the film started off on its first day of release with a mere Rs. 4 crore collection on the box office.

The film could not be released in Delhi, Kerala, and Jammu & Kashmir amid the Covid-19 outbreak. However, on Friday evening, the Mumbai theatres were also announced shut.

Directed by Homi Adajania, the film was expected to do better on the silver screen. Considering the fact that it was seen as Irrfan’s comeback film after his cancer diagnosis last year along with its comic performance.

In his tweet, he also mentioned the poor performance of the film due to the closure of cinema halls amid Coronavirus scare.

The trailer of the film, however, had collected buoyant feedback from the audience and critics.

Angrezi Medium is a story of the selfless love of a single father who goes out of the way to accomplish his teenage daughter’s dream of studying abroad.

Earlier, the first installment of the film Hindi Medium did quite well on the Box Office. Hindi Medium stars Irrfan Khan with Pakistani actor Saba Qamar.

Not only Angrezi Medium but other Bollywood as well as Hollywood films got pushed from their initially specified release dates due to the ongoing conditions triggered by Coronavirus.

From Akshay Kumar’s Sooryavanshi, Mohanlal’s Marakkar Lion of the Arabian Sea to Fast and Furious 9, many movies from the industry got delayed.

“Angrezi Medium Box” Office” collection” day 1, worst hit. And it’s all due to Coronavirus spread. Let’s see how much the film manages to earn if the situation continues further.