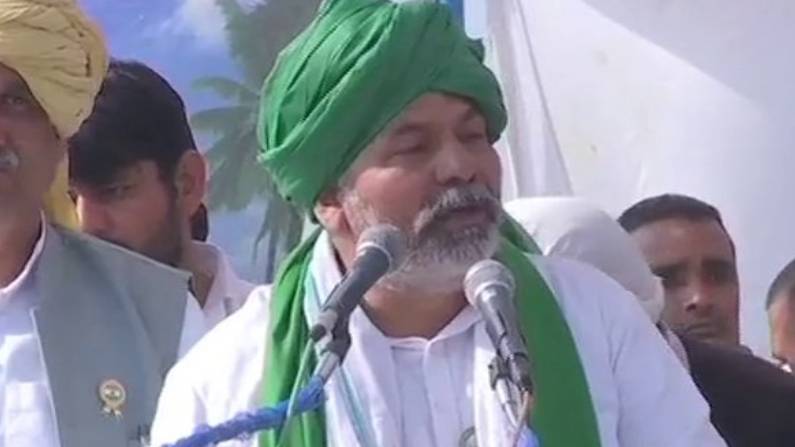 Sikar (Rajasthan): Farmer leader Rakesh Tikait said on Tuesday that if the Centre does not repeal the three new agriculture laws, the protesting farmers will gherao parliament.
He appealed to farmers to be ready as the call for ”Delhi march” can be given at any time.

“This time the call will be for parliament gherao. We will announce it and then march towards Delhi. This time 40 lakh tractors will be there instead of four lakh tractors,” he said.

Mr. Tikait said the protesting farmers would plough the parks near India Gate and grow crops there. Leaders of the United Front will decide the date to gherao the parliament, he added.

He also said there was a conspiracy to malign the country’s farmers on January 26, when violence had broken out in the national capital during their tractor parade.

“The farmers of the country love the tricolor, but not the leaders of this country,” he said.

Mr Tikait said farmers are openly challenging the government that if it does not repeal all three contentious agricultural laws and does not implement the MSP, then the farmers of the country will also demolish the godowns of big companies.

The United Front will also give a date for this soon, he said.

Earlier on Tuesday, Mr. Tikait also addressed a farmers’ gathering at Sardarshahar in the Churu district.