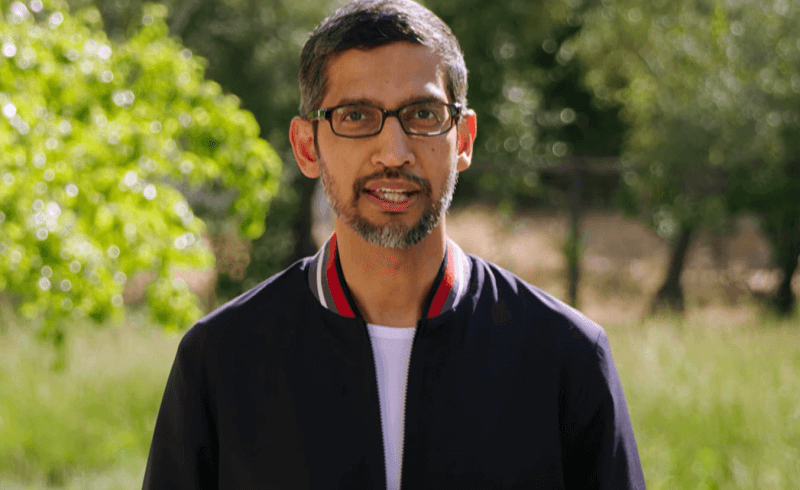 The names of Sundar Pichai and three other top officials of Google were removed after they were found not involved in the case, a police official privy to the probe told news agency Press Trust of India over the phone.

The First Information Report or FIR was filed following a complaint by a local resident who claimed that he got over 8,500 threat calls on his mobile phone after he objected to the video that he first came across in a WhatsApp group and later on YouTube, where it has over five lakh views, the officials said.

Besides Sundar Pichai, others named in the FIR are three Google India officials including Sanjay Kumar Gupta, according to the case filed at UP’s Bhelupur police station on February 6.

Google’s response over the case is awaited.

Among the rest named in the FIR are Ghazipur district-based musicians who allegedly made the video song, a recording studio and a local music label company.

The FIR has been lodged under Indian Penal Code sections 504 (intentional insult with intent to provoke breach of the peace), 506 (criminal intimidation), 500 (defamation), 120B (party to a criminal conspiracy).

Charges under the Information Technology Act’s section 67 (publishing or transmitting obscene material) have also been invoked against the accused, according to the FIR, which has been accessed by news agency Press Trust of India.

The names of Google officials were removed from the FIR the same day as it turned out that they were not involved in the case. Investigation on other points is underway, an official from the local Bhelupur police station told news agency PTI.