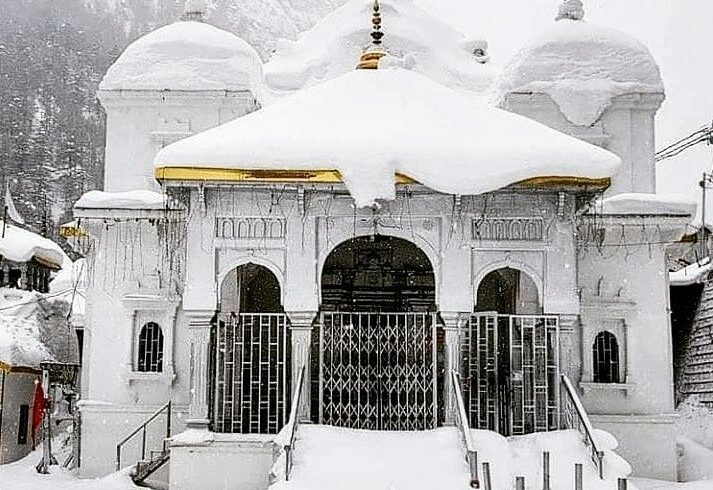 Uttrakhand is the home to God. People all across India call Uttarakhand- “Devbhoomi”. It is one of the holiest states of India. A lot of pilgrims from the country and across the world visit Uttarakhand to see the holy shrines. There are various Hindu temples in Uttarakhand where millions of people visit wholeheartedly, every year. Have a look at some of them.

It is one of the “Char Dhams”. In the Chamoli district of Garhwal Himalayas, Badrinath temple is located. The devotees visit the place for the “darshan” of Lord Vishnu. He is also known as Badrinath. The holy shrine attracts a large number of pilgrims year after year. Sage Adi Shankaracharya established this temple back in the 8th century.

As this temple is located in the Himalayan region, it remains open for only six months. During the winter season, the temple remains closed because of heavy snowfall.

For a lot of Hindus, a visit to Kedarnath Temple is a dream. It is situated in the Rudraprayag district. It is one of the 4 Dhams where Hindus from all across the country visit. The Shrine board opens the temple from May to November. Due to heavy snowfall, the shrine board keep the temple closed for the rest of the year.

Pandavas first built the temple but then sage Adi Shankaracharya established it. Kedarnath Temple is thronged by thousands of tourists each year.

The pilgrims must have a yatra pass. One can apply for the pass online. Other than that, one can also get it from the Sonprayag yatra pass counter. The temple opens at 7 am, closes at lunchtime then re-opens at 5 pm. The priests conduct the evening aarti at 6:30 pm.

Jageshwar Temple is located in the Almora district. There are 100 different temples on the premises of Jaeshawar Temple. All of them are dedicated to Lord Shiva and Goddess Parvathi. It was built in the 7th century. Undoubtedly, the place is so calm and pleasing that it acts as a mediation centre.

ALSO READ:  10 places you must visit in Mussoorie | All the details you need to know

In summers, the temple opens at 4 am and remains open till 6 pm. During winters, the timings are 6 am to 5 pm.

In the Uttarkashi region, the Gangotri temple is located. Goddess Ganga’s temple is famous because people believe that the river originates from this place called the Gaumukh. The temple opens from April to September and the pilgrims need to have a pass for visiting the place.

In the Pauri Garhwal district, Neelkanth Mahadev Temple is located. It is 32 kilometres away from Rishikesh. L.ord Shiva drank the venom here. It took 21 years to build this temple. The interior of the temple is mesmerizing. Rana Sanga built the temple in the 16th century.

In Srinagar Pauri Garhwal, Dhari Devi Temple is located. The temple potteries embody the upper part of goddess Sati. The natives believe that the stone carved in the shape of God changes its appearance as the progress. One must visit the temple during Navratras. This place is open 24/7. It is a blessing for you if you listen to the Aarti.

In the Almora district, Chitai Golu Devta Temple is situated. The pilgrims and the locals consider Golu Devta as the God of justice. They believe that Golu Devta brings justice to the devotees when they pray wholeheartedly. The best way to travel here is by road as one come to witness the nature and wildlife.

As the name depicts, people worship Nandi Devta in this temple. The believers of the Chand dynasty the believers of this dynasty come from distant places and pay their obeisance here. It is also believed that people suffering from an evil eye are cured here. Every 12 years, a famous Nanda raj jaat yatra is held. One should surely witness this once.

The Tungnath Temple is one of the toughest in Uttarakhand. The temple is located in Rudraprayag district. It is to be noted that the Tungnath temple is 1000 years old. Also, it is one of the highest temples of lord Shiva. The trek to Tungnath starts from Chopta. It is the Tritiya (Third) Kedar of the Panch Kedar. Arjun, one of the most skilful amongst Pandavas, laid the foundation of Tungnath Temple.

ALSO READ: What should I do in Gulmarg? Here’s the answer