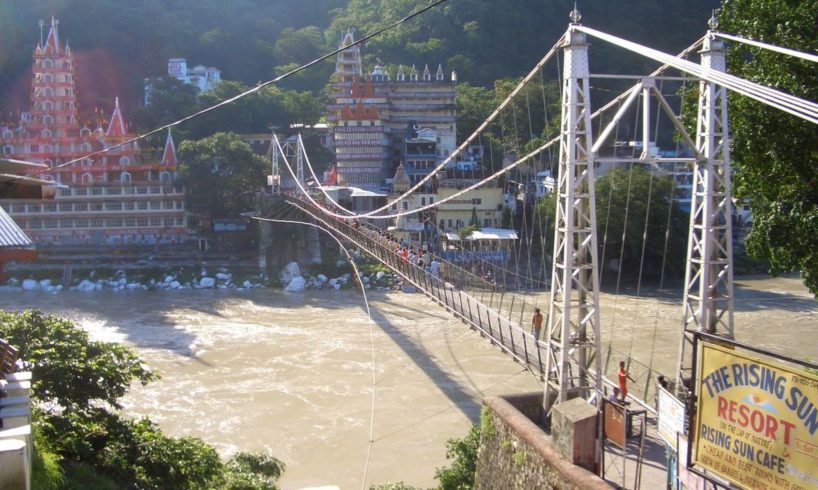 “Six foreigners were living in a cave in Uttarakhand”

The Uttarakhand police have found six foreigners living in a cave. All six including three women were living near the Ganga in the Lakshman Jhula area in the pilgrim town of Rishikesh, Uttarakhand in the cave.

Official said all six forginers have decided to live in cave after running out of money.

As per the news report published in Hindustan Times the group of foreigners was found Saturday evening after a tip-off from locals.

SHO of Lakshamn Jhula police station, Rakendra Singh Kataith who led the police team said “The group includes three women and three men. And two of them hail from Ukraine and one each from Turkey, USA, France, and Nepal,”

SHO Kataith said they found all the foreigners living in a cave with all their belongings.

“Cooking food with firewood and brought water from Ganga river”

“They were cooking their food using firewood. And they brought the water from the Ganga flowing nearby” said Kataith.

Polie brought all foreigners to the police station. Where they said that they had shifted to the cave on March 24. Soon after they ran out of money to pay hotel charges in Muni Ki Reti area of Rishikesh where they were staying.

He also said all the six had come to Rishikesh about two months ago and had shifted to the cave just before the first phase of the lockdown began.

“All foreigners shifted to a quarantine centre with all required facilities. And none of them have shown any symptoms of Covid-19 in the medical examination,” said Kataith.

As of now Uttarkhand has reported 42 cases of coronavirus out of which nine have recovered.

And according to the Uttarakhand police, there are still about 600-700 foreigners in the popular tourist spot of Rishikesh. They are gradually leaving for their countries according to arrangements made by their respective embassies.