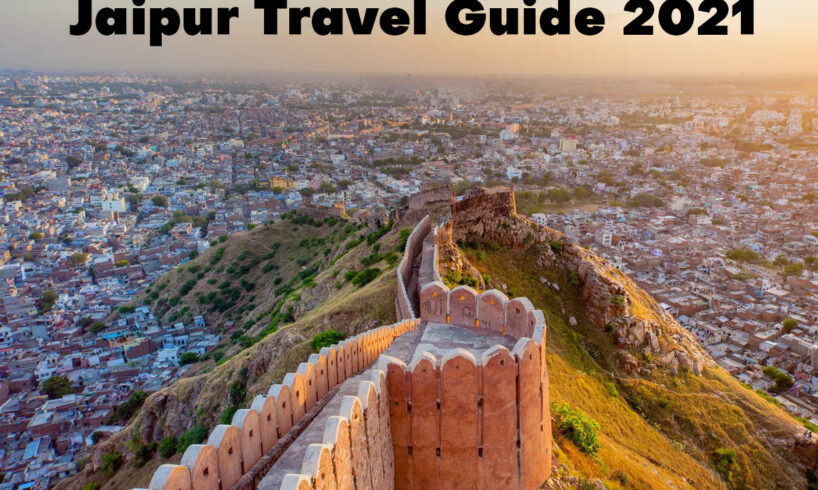 Jaipur – A beautiful and royal city in Rajasthan

Jaipur also known as the Pink city (because of the same colour scheme of most of the residential houses) is the largest and the capital city of the state of Rajasthan in India. As of 2011, Rajasthan’s had a total population of 30.5 Lakhs which makes it the 10th Largest city in the Country. Not Just this but Jaipur is also known as India’s first planned city.

The City is 268 Km from The country’s capital Delhi. This modern city is also known as the one corner of the Golden triangle which includes 3 cities namely – Jaipur, Agra, New Delhi. Jaipur is full of heritage sites and various luxurious hotels made with the ancient Rajasthani cultural design scheme but full of modern-day luxuries. Which makes this city a perfect combination of Modernity and its ancient heritage. Therefore, one can enjoy the life of a king with all the modern-day luxuries in Jaipur.

How Jaipur got its name

The City was established by King Jai Singh II, who was the raja of Amber in the year 1727. Hence, the city was named after the king’s first name Jai.

In 1727 the King of Amber, Raja Jai Singh II ( Who ruled from 1699 till 1743) founded & shifted his capital to the city of Jaipur which was 11 kilometres (7 mi) from Amber. The main reason for his capital shifting was the rapidly growing population of his kingdom and the second was the increasing scarcity of water.

While Building the city from Scratch, Jai Singh took guidance and inspiration from various books and architects. On the other hand, King appointed Vidyadhar Bhattacharya who was an architect and very good at his work. That’s Because To design his city according to the laws of Vastu-Shastra and the Shilpa Shastra. Afterwards, the construction of the city was started in the year 1726 and it took around four years for the completion of major roads, Buildings and offices.

Afterwards, in 1876 the ruler of Jaipur was Sawai Ram Singh I who painted the entire city in the colour pink to welcome the Prince of Wales – HRH Albert Edward (Who came to India on a Tour and later become the Emperor of India and was known with the name of King Edward V11). That’s Because the Pink colour was the symbol of Hospitality. Therefore:

From 1876 To Till Now, Colour Pink Has become one of the essential parts of Jaipur’s Culture.

So Much So that the word pink got attached to the city’s original name and now the official second name of Jaipur is the Pink City.

Although there is so much to do in Jaipur But we have listed 4 Topmost places to visit in Jaipur :

Praying to the lord and getting blessings from them is an integral part of our Indian culture so why not start our Jaipur journey by praying and taking blessings. Birla Temple also called as

Lakshmi-Narayan Temple is a Hindu temple dedicated to Hindu gods Lord Vishnu and Goddess Lakshmi. It is undoubtedly one of the most beautiful temples around the world that’s because it is solely built from White marble and was built by Mr B M Birla Group in the year 1988. In addition, the temple looks just amazing in the night when it’s lit up.

How to visit: – the temple is situated on the Jawahar Lal Nehru Marg in the Tilak Nagar area of Jaipur

This Gigantic triangular structure is an ancient device to calculate time, analyze the orbits of the planets and track the celestial bodies. Or in simple words, we say that it’s an ancient time clock and telescope combined!

This Masterpiece was one and the largest of the five space observation devices built by Maharaja Sawai Jai Singh II. Because of its so rich history, this place has also made its name into the UNESCO world heritage sights.

The Jantar Mantar Has a total of 16 Geometric Devices, and all the observations and calculations from these devices can be seen simply through the naked eye.

This place is exactly the same as its name. The Hawa mahal is quite literally the place of wind. Hawa Mahal is one of the top recognizable monuments in Jaipur. This classic place was inspired by ancient Hindu architecture and was totally built with Pink Sandstone in 1799 by King Sawai Partap Singh.

This place is actually a 5 storey building filled with multiple too small latticed Windows (also known as Jharokhas in local language) which also resemble with same as the crown of Lord Krishna. The main purpose of this building was that in ancient times the royal women used to watch everyday and simple life outside of their palace without being recognized by other people. Not just this but due to its small openings, the air could circulate inside the palace making it cool during the summer season.

However, today this place is maintained by the Indian archaeological department and is open for tourists.

Built by the founder of Jaipur Maharaja Sawai Jai Singh II, the palace is located within the boundaries of the city. The tourist part of the palace is designed as a museum to show the rich culture and history of Rajasthan and most importantly the Jaipur. The museum displays a unique and Large collection of Royal costumes like Benares sarees, Kashmiri shawls and other very beautiful range of costumes. The Museum also holds the clothes of Maharaja Sawai Madho Singh I on display. Not Just this but 15th Century Rajputana arms and paintings are well maintained and of course on display for the tourists.

When to visit Jaipur

March to June: It is the Worst Time of the year to visit Jaipur. At this

time the desert state Rajasthan temperature gets as high as 48 degrees in the afternoon making environmental conditions worst for tourists. So one should always try to avoid this time of the year to visit Jaipur.

July to October: This time of the year is of monsoon in Jaipur. The temperature remains mostly pleasant making the conditions Best for tourists and travellers. However, Rain can make Your Travel experience a little bit sour, but rain in the desert areas doesn’t affect much in the day to day life of people here as well as the tourists.

How to reach Jaipur

The Jaipur Internation airport is Recognised as one of the worlds best airports. Regular Flight from the country capital Delhi and many more domestic and international destinations are operated and available on the daily basis.

One can find various types of public transport for reaching their hotel just after exiting the airport exit gate.

As Previously Said, Jaipur is among the most developed and Connected cities in the country and soo is its Rail Network. Regular trains joining Jaipur to major as well as remote destinations run on a daily basis and are easily available.

All the Roads connected every major and small town to Jaipur are buttery smooth and excellent in condition. Hence, The bus network here is also very good and well managed. Therefore, One has numerous options for the buses from the budget-friendly non AC ones to the luxurious Volvo Buses

Jaipur is a well developed and well-connected city in India. It is connected to every possible direction of the country and that too with smooth buttery roads. Similarly, Jaipur is also very well connected to Countries capital Delhi which is around 280Km from the city and is connected via two highways, NH 48 & NH 248 A

Since Jaipur city is totally commercialised, one of the most famous cities and also one of the top contributors to the country. The city has all the basic necessities (hospitals, Pharmacists, Grocery stores, Hotels, Motels, etc) for locals as well as for the travellers to various luxurious options for almost anything a person could need if one can afford them. So one can easily stay anywhere without any doubts in the Pink City.

However, The Bani Park area is the best are for the travellers to stay that’s because of its proximity to sights and also the best and the various option of accommodation ranging from budget-friendly to the luxurious guest-houses also Known as Havelies.

So how’d you like our travel guide on Jaipur?  Tell us in the comments below!