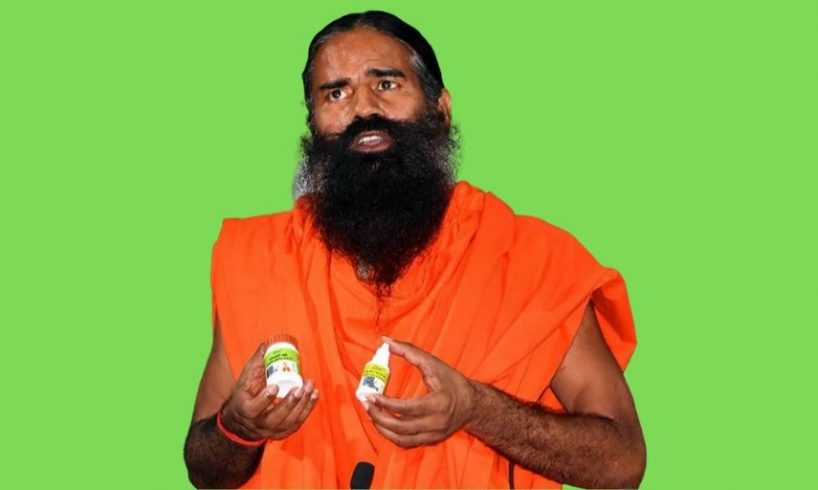 The Indian Council Of Medical Research and AYUSH Ministry have distanced themselves from Patanjali’s ‘Coronil Kit’ launched by Baba Ramdev, who claimed the kit to be a 100% Ayurvedic cure for the coronavirus. The apex medical body took cognisance of the claim and has declined to be associated with the new medicine.

In response to a question on Coronil, ICMR said that it is the AYUSH Ministry that deals with ayurvedic medicines, India Today reported.

When the question was directed to the Ministry officials, adding the ICMR’s response for the same, they said that in this case, the Uttarakhand government was answerable, as it is their responsibility for granting a license to any pharma firm, including the Ayurvedic drug manufacturers.

In a press release, the Ministry said, “Facts of the claim and details of the stated scientific study are not known to the Ministry.” It further said that the concerned manufacturing company has been well informed that advertisements for drugs including ayurvedic medicines are regulated under the provisions of Drugs and MagicRemedies (Objectionable Advertisements) Act, 1954.

According to the media reports, AYUSH Ministry has asked the company to stop advertising the claim till the issue is duly examined, and has requested the concerned State Licensing Authority of Uttarakhand to provide copies of license and product approval details of the medicines.

Patanjali Ayurved has been asked to provide, at the earliest, details of the name and composition of the medicines being claimed as successful in COVID-19 treatment; site(s)/ hospital(s) where the research study was conducted; the protocol, sample size, Institutional Ethics Committee clearance, Clinical Trials Registry-India (CTRI) registration, and results data of the study, and to stop advertising/publicising such claims till the issue had been duly examined.

“The concerned Ayurvedic drug manufacturing company has been informed that such advertisements of drugs including Ayurvedic medicines are regulated under the provisions of the Drugs and Magic Remedies (Objectionable Advertisements) Act, 1954 and Rules thereunder and the directives issued by the Central Government in the wake of COVID outbreak. The Ministry had also issued a Gazette Notification on April 21, 2020, stating the requirements and the manner in which research studies on COVID-19 with Ayush interventions/medicines should be undertaken,’’ the Ministry said.

Meanwhile, Acharya Balkrishna, MD of Patanjali Ayurved official account on twitter also clarified that details have been provided to the Ayush Ministry.

Also read: Cipla launch drug Cipremi in India for emergency use in the treatment of COVID-19 patients