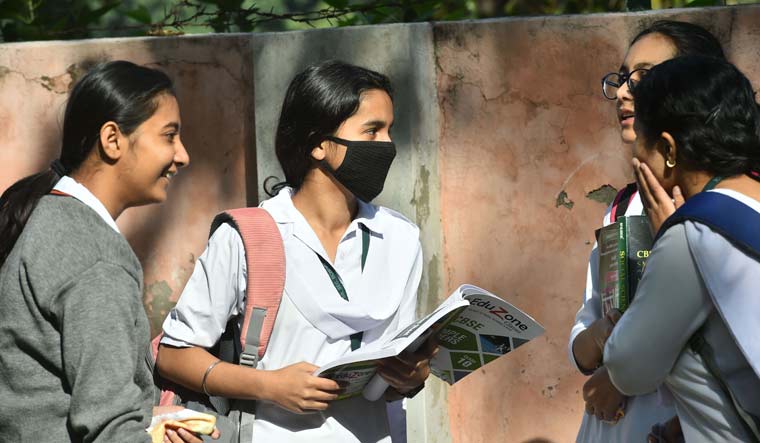 It’s been more than a month and the class 12th CBSE students are still in a dilemma. CBSE class 12 board exam 2021 cancellation petition hearing in the Supreme Court has been adjourned to Thursday, June 3.

Ever since the coronavirus pandemic hit the world, the education system has seen a drastic change. The times have not been great for the school students, especially class 12th students.

The second wave of coronavirus has horrified India. Seeing the rising number of coronavirus cases, schools and colleges all across the country were closed.

CBSE had cancelled the class 10 board exams. The decision was announced on April 15, 2021. However, the same was not the case with the 12th boards.

The centre and most of the states keen to hold the CBSE class 12 board exams seem to favour the “short” or “truncated” version of the exams.

On May 23, the union and state ministers held a meeting to discuss the holding of CBSE 12th board exams. The “short” or “truncated” method was one of the two options proposed by CBSE.

But before knowing what “short” or “truncated” version, let us know the first option that was proposed in the meeting.

The first option was to hold the CBSE class 12 board exams in the regular format at designated centres but only in the 19 “major” subjects. The “minor” subjects would have been marked based on student’s performance in the “major” ones.

However, the ministers seemed to oppose it. Then comes the second option which is the “short” or “truncated” version of exams.

Also read: Physics, maths are not compulsory for students seeking admissions in BE, BTech courses: AICTE

“There is flexibility in this approach as the exam will be conducted in two phases, will be at own schools and will be of a shorter duration,” said the CBSE presentation before the ministers on May 23.

Now, if the CBSE decides to go with the “short” version, here’s what class 12 board exams may look like:

Note- For CBSE students, the syllabus is already 30 per cent less than the syllabus that existed before the covid crisis.

As per the reports by NDTV, the CBSE presentation did mention dates — first phase from July 15 and second from early August. However, there is no decision on dates yet.