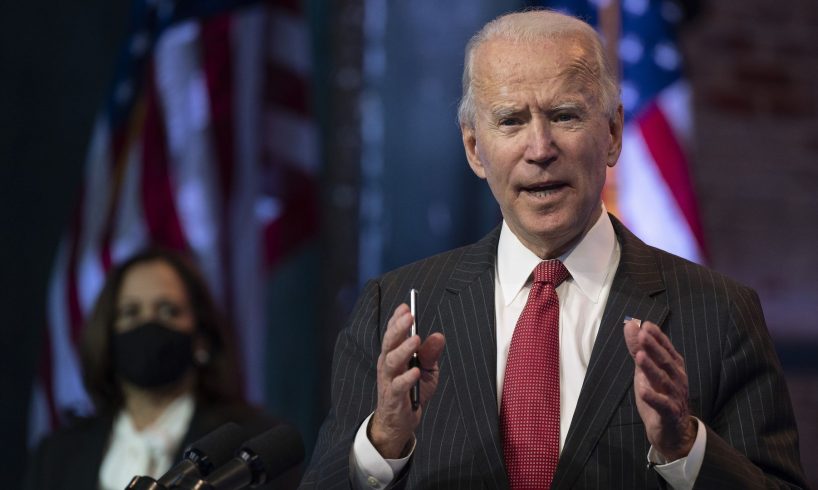 Washington: US President-elect Joe Biden announced on Monday key figures for his cabinet, picking longtime foreign policy advisor Antony Blinken to be his secretary of state and former US chief diplomat John Kerry as his special climate envoy.
Biden also nominated the first Latino ever, Cuba-born lawyer Alejandro Mayorkas, to lead the Department of Homeland Security, which oversees immigration.

He picked Avril Haines, the former deputy CIA director, as his director of national intelligence, the first woman to ever hold that position.

Biden also said that long-time diplomat Linda Thomas-Greenfield will be nominated to serve as his ambassador to the United Nations, with status as a cabinet member.

Today, I’m announcing the first members of my national security and foreign policy team. They will rally the world to take on our challenges like no other—challenges that no one nation can face alone.

It’s time to restore American leadership. I trust this group to do just that.

All are veterans of the former 2009-2017 Obama-Biden administration and deeply experienced in their fields.

Kerry, who was secretary of state from 2013 to 2017 and signed the Paris climate accord in 2015 on behalf of the United States — only to see President Donald Trump withdraw from it — will be made a member of the national security council, the first time the council has had a specialist on climate change, Biden’s office said.

Mayorkas, a former federal prosecutor, was director of US Citizenship and Immigration Services and then DHS deputy secretary under President Barack Obama.

Sullivan was director of the Policy Planning Staff at the State Department and deputy chief of staff to secretary of state Hillary Clinton and was a lead negotiator in the early talks for the Iran nuclear deal that Trump withdrew from.

“We have no time to lose when it comes to our national security and foreign policy,” Biden said in a statement.

“These individuals are equally as experienced and crisis-tested as they are innovative and imaginative,” he said.