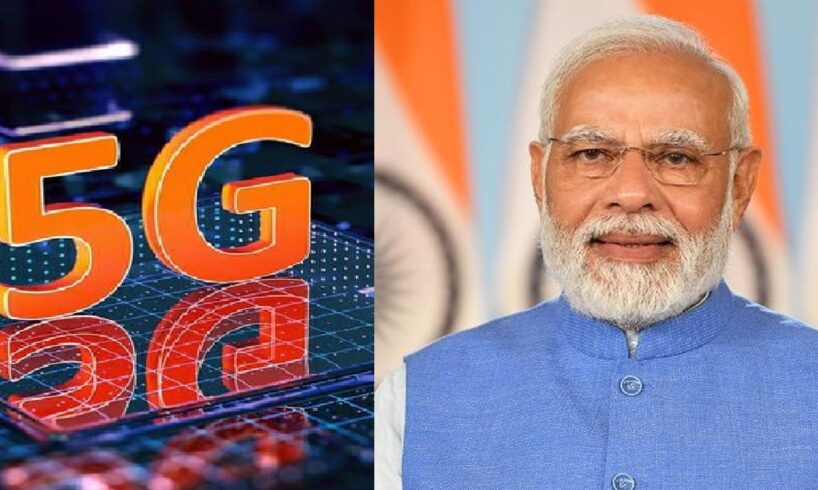 There is some good news coming from the Information and Technology sector. Something, that many have been waiting for years! Prime Minister Narendra Modi is going to launch the much-awaited 5G services in India in October this year.

It is to be noted that PM Narendra Modi had mentioned the 5G services launch in India, during the Independence Day address to the county on August 15.

Who else would be there for the launch?

The Indian Mobile Congress is one of the largest telecom forums in Asia. The Department of Telecommunications and Cellular Operations Association of India will jointly look after this event.

An interesting fact is that the leading telecom companies of India will give details of their 5G plans during the event. During the four-day event, the stalwarts of the telecom industry like Mukesh Ambani, Sunil Bharti Mittal, Ravinder Takkar, Kumar Mangalam Birla will address the audience.

Other than the aforementioned, Finance Minister Nirmala Sitharaman and Education Minister Dharmendra Pradhan will also be there during the event.

Where will 5G services start?

According to the reports, the 5G services will initially start in seven different cities of the country, including Delhi and Bombay.

Nearly a month ago, Reliance Industries also made an announcement. The company said that they would roll out 5G services on Diwali 2022. The 5G services will start in major cities like Delhi, Mumbai, Kolkata and Chennai.

On August 29, Mukesh Ambani had reportedly said that on this Diwali, the company would launch 5G services in several metropolitan cities. This includes Delhi, Mumbai, Chennai and Kolkata.

Further, Mr Ambani reportedly said that by December 2023, 5G services will reach “every town, every taluka of the country.”

Who else has announced the 5G plans?

Reliance’s arch rival Airtel has also announced its plans to deliver 5G services to its customers. The company reportedly has plans to provide 5G services in more than 5000 cities of the country by March 2024.

However, Vodafone Idea has still not made any announcements about its plans for 5G in India.

1G- Started in the 1980s and only basic voice calling services were provided.

2G- In the 1990s, the 2G service came into existence and it had improved coverage and capacity. Other than voice calls, SMS services, and internet speed up to 250 kbps were available.

3G- In the early 2000s, 3G came into existence. The speed went up to 1Mbps, 2Mbps. Internet video calls and voice calls were also carried out.