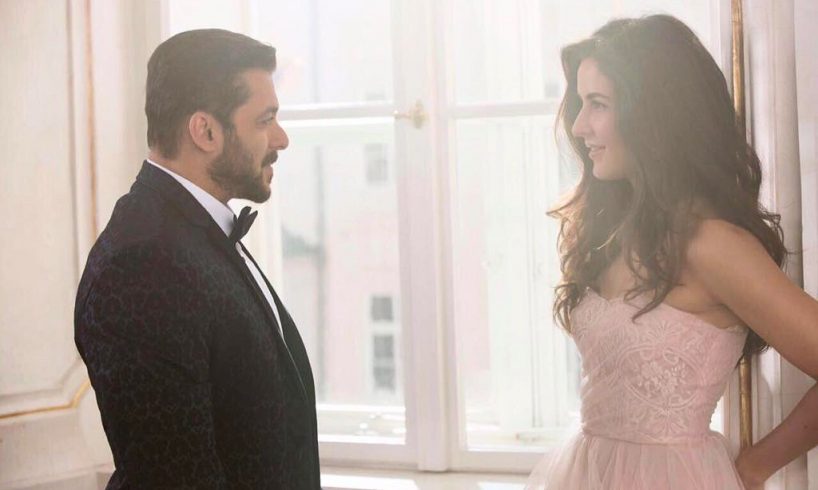 Actress Katrina Kaif is celebrating her birthday at home with her sister Isabelle Kaif. As she has turned a year older today. Her fans have already flooded social media with sweet wishes.

And Katrina’s Bollywood friends like Alia Bhatt, Anushka Sharma, Sonam Kapoor Ahuja, and others have taken to their respective social media handles and wished the gorgeous actress.

Katrina Kaif’s onscreen and off-screen chemistry with Salman Khan is always talk of the town. So all we’re waiting at how Salman will wish this gorgeous lady on her birthday. So now superstar Salman Khan has taken to his Twitter account to wish Katrina on her special day. Salman Khan wishes Katrina Kaif and shared a lovely still from their film ‘Tiger Zinda Hai’, Salman wrote, “Happy bday Katrina. .” Check out his post below:

Salman and Katrina’s adorable on-screen chemistry is highly loved by their fans. The duo was last seen together in Ali Abbas Zafar’s film ‘Bharat’.

Salman Khan Films also wished on Twitter as, Wishing a very Happy Birthday to the ever beautiful Katrina Kaif! HappyBirthdayKatrinaKaif

Talking on the work for Bollywood firms, Katrina will be soon seen in ‘Sooryavanshi’ with Akshay Kumar. Sooryavanshi is directed by Rohit Shetty and it was supposed to release in March 2020. But due to the ongoing coronavirus pandemic situation, the film’s release has been pushed back. According to the latest reports from Bollywood, If all goes well, the film might release on Diwali 2020 now.

Filmfare also post a pic of Katrina Kaif and Akshay from the upcoming movie Sooryavanshi and twitted as, Are you excited to watch this pair on screen again? #KatrinaKaif #AkshayKumar #HappyBirthdayKatrinaKaif

Also read: How he changed his mother’s life? Kapil Sharma’s humble reply to his fan’s mother has another reason for a smile