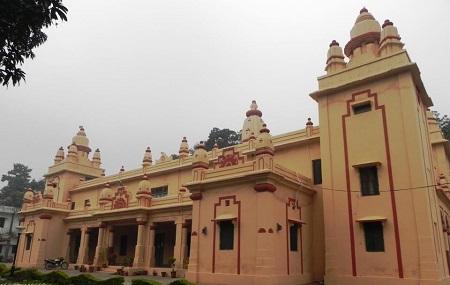 It is fully funded by UGC. It is a NAAC “A” grade Accredited Deemed to be University u/s 3 of the UGC act 1956.

Gurukula Kangri (Deemed to be University) was founded on 4 March 1902 by the Arya Samaj sannyasi Swami Shraddhanand, who was a follower of Dayananda Saraswati, with the sole aim to revive the ancient Indian gurukula system of education.

This institution was established with the objective of providing an indigenous alternative to Lord Macaulay’s education policy by imparting education in the areas of Vedic literature, Indian philosophy, Indian culture, modern sciences, and research.

The Arya Samaj which advocated women’s education, as part of its policies for the upliftment of women in the country, established the Kanya Gurukula Campus, Dehradun in 1922 by Acharya Ramdevji making it the second campus of women’s education.

But to give real shape to the dreams of Swami Shraddhanandaji, Kanya Gurukula Campus, Hardwar was established in 1993.

The impetus for the foundation was found in the teachings and activities of Dayananda Saraswati, founder of the Arya Samaj.

The first foundation brick was laid down in Gujrawala, Punjab. During India, Partition Swami Ji searched for a suitable palace in India according to the imagination of Dayananda Saraswati as mentioned in Satyarth Prakash.

The site of Kangri village, Bijnor district, was flooded when the river changed course in 1924; the new (present) campus was built subsequently.

The Gurukula Kangri University has separate campuses for men and women.

The Gurukula Kangri University provides education in modern sciences, technology, and management, as well as covers traditional subjects such as Vedic literature, Indian philosophy, and culture.

The Faculty of Science provides B.Sc. , M.Sc. and Ph.D. degrees in the following subjects:

The Faculty of Life Science provides B.Sc., M.Sc. and Ph.D. degrees in the following subjects:

The Faculty of Engineering and Technology provides B.Tech. degrees in the following branches:

The Faculty of Management Studies provides the following PG degree programs and now UG program (2013 onwards) in the areas of management, finance, and economics:

Research and consulting facilities are available in the department.

The Vedic Path is a peer-reviewed international quarterly journal of English published by the university. It is indexed in the Guide to Indian Periodical Literature. It was originally published as The Vedic Magazine from 1906 to 1935 and thereafter it was named as The Vedic Path.

The journal aims at promoting Indian knowledge tradition, Indian and Western literary theories, and their applications to literature.

The distinguished services of this institution to the nation were recognized when it was given the status of Deemed to be University in 1962 by University Grants Commission.

Vishwavidyalaya celebrated 2002 as its centenary year.

The Vishwa Vidyalaya has had phenomenal growth over the past 100 years and now offers 20 UG courses and 17 PG courses.

Gurukula Kangri University is Situated near the bank of the Ganges about 6 km from Haridwar and about 200 km from New Delhi.

so, read: Physics, maths are not compulsory for students seeking admissions in BE, BTech courses: AICTE