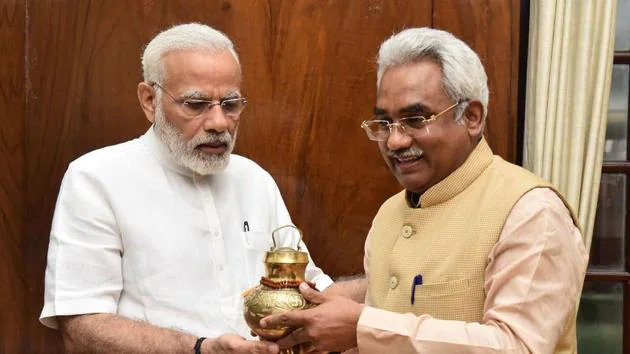 The hilly state of Uttarakhand is known as Devbhoomi. Earlier, the state used to be a part of Uttar Pradesh. In the year 2000, the 27th state of India, Uttaranchal was formed which was later named Uttarakhand.

This year on March 12, BJP gave this crucial responsibility to Mr. Madan Kaushik. Mr. Bansidhar Bhagat, who was heading the party in power in Uttarakhand since 2020, handed over the baton to him.

Under the leadership of Trivendra Singh Rawat, he also served as the cabinet minister. From 2007-2012 also, Madan Kaushik was a part of the cabinet. He is one of the most experienced political leaders in Haridwar. Also, he has played a key role in the infrastructural growth of Haridwar.

Not only for the people of Uttarakhand but Haridwar is an important city for people all across India. The whole country knows and understands the mythological, religious, economical and political significance of Haridwar. Because of that, people from different parts of India visit Haridwar every day. And it is none other than Mr. Madan Kaushik who has worked for several years for the infrastructural development of the city.

He has won the MLA elections from the Haridwar constituency four times. It is to be noted that he is the first legislator to be elected from Haridwar for the fourth time in a row on a single party ticket.

There is a significant contribution of Mr, Madan Kaushik in the maintenance of law and order in Haridwar. Undoubtedly, he has been a man of honour and contributed heavily in the state’s development. Also, there’s nothing wrong in saying that Uttarakhand’s politics will always remain incomplete without the story of and work of Mr. Madan Kaushik.