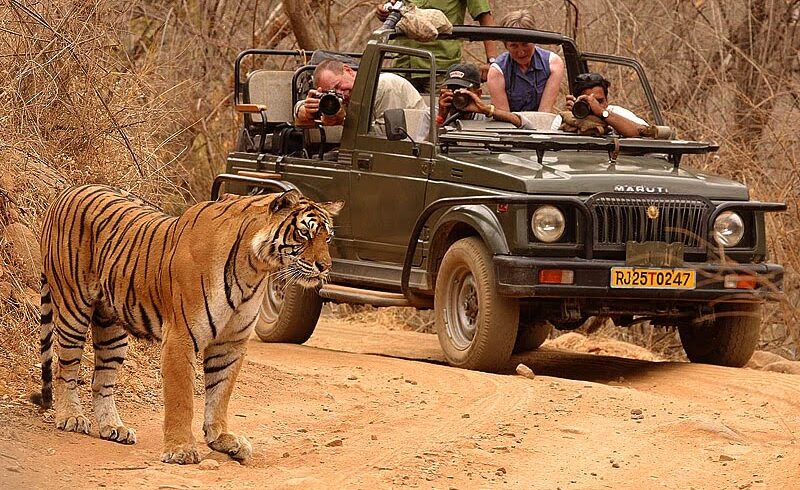 Destination Wedding has always been famous among the couples who are all set to tie knot. And, Rajasthan is no less famous than any foreign destination. In fact apart from many Indian celebrities there are many Hollywood celebrities who have tied knot in Rajasthan. Such is the charm of this Indian state that people have left their cities and choose it above all.

We already know, there are some celebrities like Priyanka Chopra and Nick Jonas who have zeroed down on Rajasthan for their nuptial vows.

Now Bollywood Actress Katrina Kaif and Actor Vicky Kaushal are all set to get married in Rajasthan. You must be wondering why did Priyanka- Nick and now Katrina-Vicky who already have their respective home and friends in their native place, decided to get hitched in Rajasthan when they could have easily kept a lavish wedding in the foreign country.

Katrina Kaif and Vicky Kaushal are all set to get married at the Six Senses Fort Barwara in Sawai Madhopur, Rajasthan. The two will tie the knot in a three-day function from December 7-9 at the 14th century property. This property boasts of contemporary Rajasthani architecture with state of the art facilities.

Other than a wedding place in Rajasthan that’s attract these celebrity, Sawai Madhopur have lots of more things to know and explore.

Let us tell you that what the Sawai Madhopur has, that it’s counted as the favourite destination to explore in Rajasthan.

Sawai Madhopur was built as a planned city by Maharaja Madho Singh of Jaipur (1751 – 1768) and is named after him. Construction began on 19 January 1763 and Sawai Madhopur celebrates its foundation day annually.

The Sawai Madhopur Lodge, now a hotel, survives as a relic of the days of tiger hunting. The lodge was built in 1936 by Maharaja Man Singh II (1912 – 1971) and used as a hunting lodge until his death. The two-story building is constructed in a crescent shape with a long verandah. Queen Elizabeth of England visited the lodge in January 1961.

Sawai Madhopur is located in southeast Rajasthan. The city is approximately 121 kilometres southeast of Jaipur.

Sawai Madhopur has a subtropical, dry climate with distinct winter, summer and rainy seasons. The highest temperature occurs between May and June up to 49 °C . The lowest temperature occurs between December and January, down to 2 °C. The average rainfall in Sawai Madhopur is 800 mm with a monsoon season from July to October when Ranthambore National Park is closed. In summer, the average humidity is 10 to 15 percent and 60 percent in the rainy season. The ideal tourist season is from November to May.

Most people in Sawai Madhopur are Hindu. Just over 20 percent are Muslim. Christians are very small minority. In Sawai madhopur 44% are Meena Community and 12 percent Gurjar. Mainly there are two caste dominant Meena and Gurjar.

The economy of Sawai Madhopur is based in agriculture and hospitality. Factors affecting the economy have included the closure of a cement factory and the instituting of regulations protecting forests and the ecosystem. There are no large scale manufacturing plants in the town.

Guava is grown around Sawai Madhopur. In 1985, the first guava in the area was grown on a farm of five hectares in Karmoda Village. In 2015, the retail and the wholesale markets of Guava generated more than 5 billion rupees. In 2015, five thousand hectares of land were dedicated to cultivating guava.

Other products from the region include those used for the extraction of essential oils and traditional medicines.

The Chauth Mata Mela fair is held in the month of January, at Chauth Mata temple in Chauth ka Barwara.

The languages commonly spoken in Sawai Madhopur are English, Hindi and Dhundari.

Ranthambore National Park is one of the largest national parks in India. It is situated about 11 kilometres (6.8 mi) from Sawai Madhopur. In 1955, it was established as the Sawai Madhopur Game Sanctuary. In 1973, the land became a Project Tiger reserve. The area was renamed the Ranthambore National Park in 1980. In 1984, the adjacent forests were declared the Sawai Man Singh Sanctuary and Keladevi Sanctuary, and in 1991 the tiger reserve was enlarged to include Sawai Man Singh and Keladevi sanctuaries.

The history of Sawai Madhopur is associated with the Ranthambore Fort. The date of its construction is unknown. The fort provides an oasis in an area of arid land. In medieval times, it was a defence against the forces such as those of Delhi and Agra. In 1296 CE, Rao Hamir held the fort. Notable features of the fort include the Toran Dwar, Mahadeo Chhatri, Sameton Ki Haveli, the 32 pillared Chhatri, Mosque, and Ganesh Temple.

This temple dedicated to Lord Meenesh i.e. Matsyavatar is located in the town of Chauth Ka Barwara of Sawai Madhopur district in the Rajasthan state of India. This grand temple built with the support of Meena Samaj of Barwara area of Chauth is not simple but is equipped with all modern facilities. The 108 feet high dome of this temple of Lord Meenesh remains the main attraction of the people. Generally, largest temple of meen bhagwan is located in Chauth Ka Barwada, Sawai Madhopur. In temple there is also dharmshala of Meena community. The whole temple is made up of white marble and ruby are also fit in makbara. Meena community are donated 7 Crore to temple and this temple is built without any help of government. This temple is built from the support of Meena Community.

Located in Housing Board near PKM’s house is a place for everyone to come and enjoy with their family and friends, this place is famously known for being the adda of PKM(Punit Kumar Meena), Priyansh Jain and Anuj Gupta. The place has nice arrangements for the visitors like solar lights(that works if you are lucky), some rides for kids(already broken as you expected) and nice walking area.

Also read: Lansdowne – A majestic journey in Hills of Uttarakhand

On 23 December 2007, the foundation stone laying ceremony of Rajiv Gandhi Regional Museum of Natural History in Sawai Madhopur, was officiated by Hamid Ansari, Vice President of India. The museum focusses on the environment of the western arid region of India.

Chamatkarji Jain temple is located in Alanpur village. The temple dates back to early medieval period. The temple is built in Pancharatha style with main shrine housing the idol of Rishabhanatha.

Shilpgram is Sawai Madhopur’s rural arts and crafts complex. It is a living ethnographic museum of the West Zone of India which includes five federal states. Special emphasis is laid on workshops for children on arts, crafts, theatre, and music.

The Galta temple is a historic Shri Ram-Sita temple situated in the old city. Guavas are grown in the 40 km region around the city. Balaji of Itawa village it is a very popular and famous temple.

The Government of India officiated an Institute of Hotel Management at Sawai Madhopur to develop the hospitality sector and to promote tourism.

Sawai Madhopur has an airstrip which is used for Private Jets and Supreme Airlines has started regular flight operations between Sawai Madhopur and Delhi from 11 April 2018. The nearest airport is the Jaipur International Airport 132 kilometres (82 mi) away.

The luxury trains include the Palace on Wheels, the Royal Rajasthan on Wheels, and the Indian Maharaja which makes a stop at Sawai Madhopur on an eight-day round trip to tourist destinations.

NH-116 (Tonk-Sawai Madhopur ) and the Kota-Lalsot Mega Highway pass through the city.

We hope you have liked the information shared in this article. Kindly also suggest anything that we have missed here