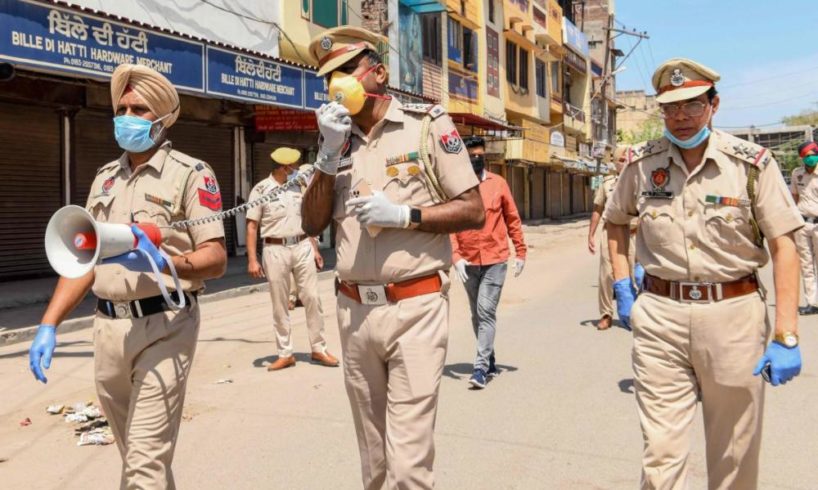 Punjab: A policeman’s hand was reportedly chopped off in the Patiala district of Punjab today when a group of people attacked him at a vegetable market. Other than him, two police personnel were also injured.

The police reportedly said that they were attacked when they were making sure that the lockdown was in place and everyone was following the lockdown.

According to the reports, Sub-inspector Harjeet Singh’s hand was chopped off and he was immediately taken to the hospital.

Director-General of Police Dinkar Gupta reportedly said that a group of “Nihangs”, a religious sect, crashed through different barricades placed outside the vegetable market around 6 am in the morning.

Also read: Varun Dhawan’s relative tests positive of coronavirus in the US, actor fears the disease coming to his home too

When the police asked them to show their curfew passes, they attacked them.The attackers then fled to the Nihang Gurudwara Sahib. But the police went there with Special Operations Group and asked them to surrender.

Further, Dinkar Gupta said, “After a two-hour stand-off, a team of mediators headed by the local sarpanch entered the Gurudwara. After another half hour, the attackers surrendered. They were carrying swords and knives.

The police also recovered gas cylinders which could have been used as explosives.” He also tweeted about the Patiala incident and the injured police officers.

The reports say that three involved in the attacks have been arrested and three others have been detained for questioning.

The lockdown in the state has already been extended till May 1.