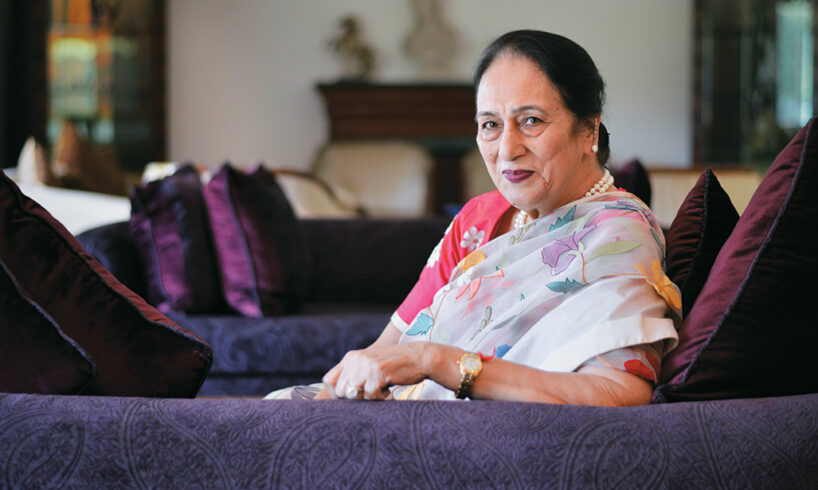 Nowadays, many youngsters dream to become successful entrepreneurs. The number of new startup businesses coming up every year testifies to how the youth is attracted to entrepreneurship. Also, setting up a business and receiving adequate funds has become much easier nowadays. But this was not the case when Mrs. Bector’s Food Specialities Ltd. was started.

A young lady who was married off while she was in college. She, later on, became an inspiration for not just young women, but all aspiring entrepreneurs. We are talking about Mrs. Rajni Bector. She is the one who stood apart and made a different place.

In the year 2021, she received Padma Shri for her significant contribution to the promotion and sustainable growth of trade and industry.

Mrs. Bector has been working for over four decades now. She has become an inspiration for all the budding entrepreneurs of not just Ludhiana, Punjab, but the whole nation.

It is to be noted that Mrs. Bector’s Food Specialties has traveled a long journey. From a homegrown business to becoming a leading bakery brand in the country, Bector’s has etched its name in every city.

She managed to make irreplaceable, high-end quality products. Be it Cremica’s delicious cookies and biscuits, or the premium bakery products of English Oven, she has created magic.

During the initial days, Mrs. Rajni Bector just started off with a mini backyard kitchen with the help of her husband Mr. Dharamvir Bector. That is where the magic began. Slowly and gradually, she became a household name in Ludhiana for healthy yet tasty bakery items. There was a time when no festivity in Ludhiana was complete without Mrs. Bector’s delicacies.

Local to Nation-Nation to Global

Initially, it was just a passion project in Ludhiana, Punjab. However, now, it has Mrs. Bector’s has become the leading supplier of burger buns to thousands of restaurants and QSRs. Because of the amazing products and recipes of Mrs. Bector, the company has proliferated. The demand was such that they had to open manufacturing plants across different cities.

Besides that, English Oven has also become one of the leading bakery brands in India. The demand and love for Mrs. Bector’s brands continue to increase. And the company strives to offer new and delicious products frequently.

This is how Rajni Bector and her company grew

This was the year when all of this started and Mrs. Rajni Bector founded the company.

This was the year when the company was registered under the Companies Act, 1956.

In the year 1996, Mrs. Bector’s became the official supplier of buns to Mcdonald’s in India.

2020: Listed with IPO Mrs. Bector’s hogged the limelight as the IPO was oversubscribed by 198 times on the final day of bidding.