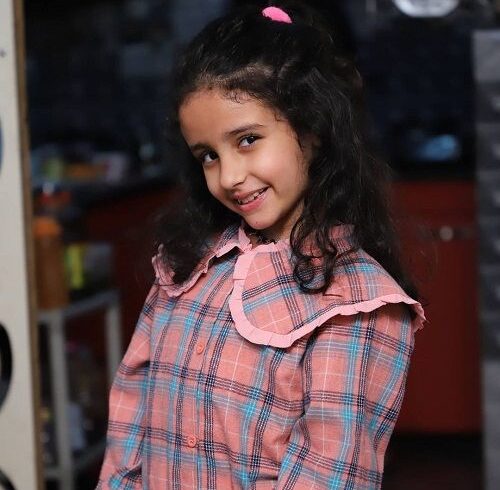 Ludhiana has always been a hub of talent. From successful entrepreneurs to world-class players, the city has contributed immensely to present the state and the country on an international level. Ludhiana is filled with raw and young talent. A lot of artists have also made the city resident proud of their talent. One such child artist is Inayat Verma.

She is just 9 years old and has achieved heights of success at such a young age. An actor by heart, Inayat has performed some of the most challenging roles as a child artist. This energetic girl has shared the big screen with industry’s stalwarts like Abhishek Bachchan and Bharti Singh. Moreover, she has also interviewed one of the leading actors in Bollywood, Salman Khan.

How did Inayat make an entry into the TV industry?

In the year 2017, she participated in a famous TV reality show called ‘Sabse Bada Kalakaar’. She was only four years old when she gave her audition for the show. That is where she charmed the judges and the industry with her cuteness and witty replies.

Other than that, Inayat Verma has also been a part of the show ‘India’s Best Dramebaaz’. There, she was one of the finalists and had also won a cash prize worth Rs. 1 lakh.

Her stints in the film industry

Since the time Inayat appeared on screen, she has been interviewing and working with some of the biggest names in Bollywood. During the promotions of the movie ‘Tubelight’, Inayat Verma interviewed Salman Khan. Moreover, she has been a part of the famous web series ‘Ludo’. In the web series, this little girl from Ludhiana has played the role of Abhishek Bachchan’s daughter.

See how both of them gel up on the screen.

Not only ‘Ludo’, Inayat Verma has also been a part of the webseries ‘Ajeeb Daastaans’. The series on Netflix was produced by Karan Johar. Also,  she has starred in a commercial for HP Printers.

With so much already achieved, the sky is the limit for Inayat now. The girl has not only made her parents but the whole Ludhianavis proud.