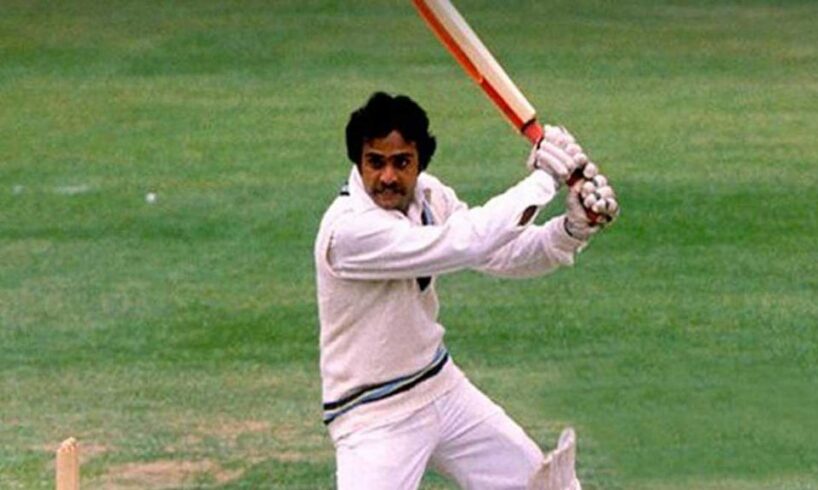 India lost one of the finest batsmen in its cricketing history on July 13. He played a major role under legendary Kapil Dev’s captaincy and helped the nation lift the international trophy for the first time in 1983.

Yashpal Sharma- a powerful batsman who had a promising career in the Indian National Cricket team, left for the heavenly abode after a cardiac arrest. His grit, resilience, toughness is known to many. The whole nation has witnessed the magic he can do with the bat.

The cricketing legend born in Ludhiana

Not many people know that the legend that we lost, was born in Ludhiana. Yashpal Sharma was the one who helped the state team of Punjab came into the limelight. At that time, he was one of the few players from Punjab and probably the only one from Ludhiana who made it to the national team.

He first caught attention in the year 1972. At a tender age, he scored 260 playing for Punjab schools against Jammu and Kashmir schools.

Unlike his fellow players, he chose to continue his hard work in the state and did not migrate to Delhi. In the next two years, he was selected for the state team and then North Zone. He was courageous enough to choose the lonely path without leaving his home ground.

Because of his tremendous performances in the first-class arena, he received the national call in 1978. India was in dire need of a strong middle-order batsman. He made his ODI debut against Pakistan at Jinnah Stadium.

He made his appearance in the Test team in the year 1979 against England. The same year, he toured England as a part of the World Cup squad. But he did not get any chance to play a game. However, he made a strong statement after that when he smashed 884 runs with an average of 58.93 on England tour. The young man from Ludhiana had made it to the Indian National Cricket team.

All in all, Yashpal Sharma was the unsung hero of the 83 World Cup winning team. In 8 matches, he scored 234 runs. He firmly played as the backbone of the batting line-up and fulfilled the need for an intelligent middle-order batsman.

In the first match against West Indies at Old Trafford, Yashpal Sharma played a crucial inning of 89 runs. In that match, he was the only batsman from the Indian side to reach the 50-run mark. For his exceptional knock, he was awarded as the man of the match.

India witnessed one of the best innings from Yashpal Sharma at a crucial stage of the semi-finals against England. The team was chasing 213 against a strong bowling attack of England, including Sir Ian Botham, Bob Wills and Paul Allot.

India was 50/2 when he and Mohinder Amarnath helped the team get into a comfortable situation. He scored a patient inning of 61 off 115 balls and helped India reach the finals.

Watch the complete highlights of the match

We cherish the 1983 World Cup victory every year but forget that Yashpal Sharma- a passionate Ludhiana boy back then, was the architect of the team’s win. He was the second-highest run-scorer in the tournament after Kapil Dev.

Yashpal Sharma- The fittest of all

Every cricketer that played with him was in dismay that he left them too soon.

Yashpal Sharma’s teammate Dilip Vengsarkar, expressing shock over his death, said he was the fittest amongst them (the 83 squad). He could not believe the sad news of his death. Kirti Azad also reportedly said that Yashpal looked happy when he last met him on June 25.

Undoubtedly, we have lost a gem of a person, a legendary cricketer from Ludhiana, who served the nation and became an inspiration.

Yashpal Sharma- Career at a glance

He played 37 ODIs for the country and scored 883 runs. The second-highest run-scorer for India in the 1983 World Cup, he was a vital middle-order batsman that India needed.