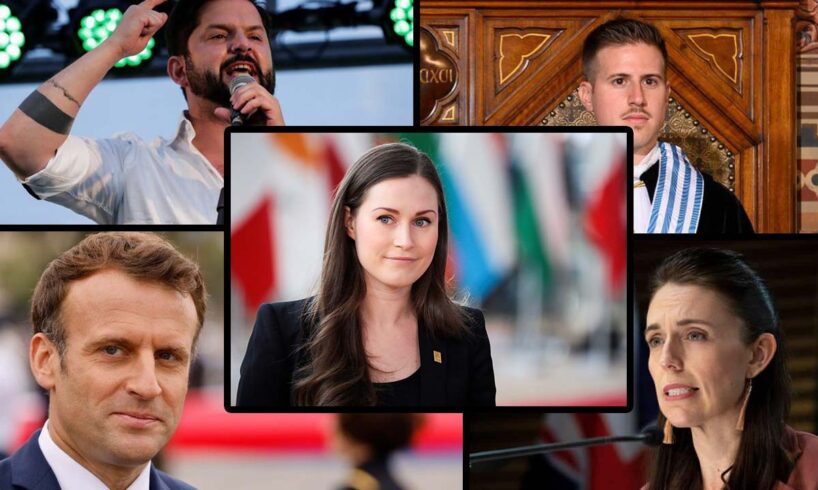 Recently, Gabriel Boric became the president-elect of Chile, the southernmost country in the world situated in the South America continent. As per the reports, he will assume office from March 2022.

Gabriel Boric became the second youngest political leader and the head of a state. He is just 35 years old. It is to be noted that he is not the only leader who has achieved such heights at a young age. There is a long list.

In this article, you will get to know the youngest political leaders of the world who are breaking the stereotypes with an aim to uplift their societies.

When she assumed office in the year 2017, she became the youngest female head of a government in the world. Jacinda was just 37 years old when she became the Prime Minister of New Zealand.

Other than that, global leaders praise her policies related to social equality. The Week had termed Jacinda’s cabinet as ‘incredibly diverse’.

Kim Jong-un leads the Worker’s Party of Korea. He is the supreme leader, head of the state and the army.

Though Kim Jong-un is known for his cruel and hostile policies in North Korea, he is also the first leader from his country to bring a US president to the negotiation table for the security discussions in the Korean Peninsula.

On December 17, 2021, he banned laughing in his country for 11 days to commemorate the death anniversary of his father. Other than that, he also banned drinking and shopping for 11 days.

In the year 2016, Emmanuel Macron became the youngest President of France at the age of 39. Emmanuel Macron has also worked as an investment banker before becoming the president of the country. He had worked for Rothschild and Co.

In August 2014, he was appointed as Minister of Economy, Industry and Digital Affairs. As the Taliban took over Afghanistan in 2021, the French president had reportedly said, “France must have a robust plan to anticipate and protect itself from a wave of migrants from Afghanistan.”

Sanna Marin is the youngest in Finland’s history to assume the office of Prime Minister. She took the charge at the age of 34 only. Sanna became a member of the parliament at the age of 30 only. She is a part of the Social Democratic Party of Finland.

Giocomo Simoncini is the youngest head of a state in the world. He is one of the two Captain Regents of San Marino, a country surrounded by Italy on all sides.

On October 1, 2021, he took the charge as the Captain Regent. At that time, he was just 26 years old. Also, another interesting fact is that San Marino has one of the highest per capita GDPs in Europe and in the world.

The name of the other Captain Regent of San Marino is Francesco Mussoni. He is 50 years old.

Also read: Did you know the real names of these 30 Punjabi celebrities?