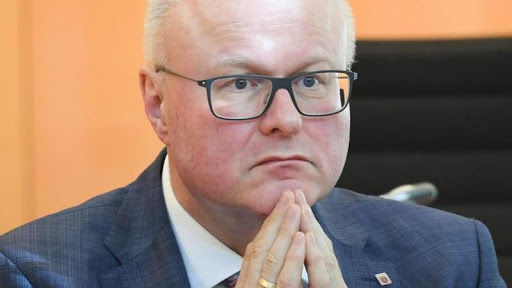 The minister of Germany’s financial centre, Frankfurt had committed suicide, as told by a joint statement by police and public prosecutor’s office on Saturday.

The diseased Thomas Schaefer served as a finance ministry of Hesse for 10 years was found dead lying next to the Frankfurt’s train tracks. The police found his dead body and started the investigation right away.

Initially, the police and the public prosecutor’s office did not pass the information regarding what was the reason behind the victim’s suicide decision. However, they concluded that the step was taken due to the questioning of numerous witnesses, extensive crime scene work, the situation on the site and the technical and forensic evaluations and investigations.

Meanwhile, the Minister-President of the Hesse state claimed earlier today that Thomas was in despair over the consequences occurring due to Coronavirus spread.

He said in a statement that the consequences and worries overwhelmed him. He also quoted that the German Finance Minister could not find a way out and apparently left us.

The Minister-President of Hesse, Volker Bouffier expressed his shock and grief on Thomas’s death. While talking about the matter he said that the whole region in extreme shock and it is hard to believe the sudden and unexpected death of Thomas Schaefer.