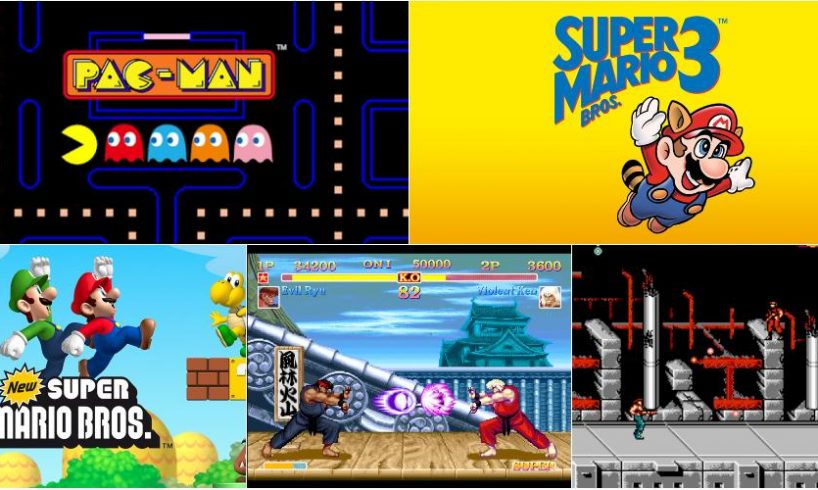 Retro Games: We are living in an era of gaming where we can have interactive experiences globally. Sitting at our homes, with our mobile phones, we can play our favorite multiplayer game with a friend sitting a thousand miles apart.

But we all have grown up in an era where the evenings were spent playing those old retro video games with siblings. Those were the times when 8-bit and 16-bit titles of the games fascinated us.

So, today we’ll take you back to the memory lane and tell you about five retro games that you all have played while growing up.

Here are 5 Retro Games that all 90s kids have played in their childhood:

This game was developed and published by Nintendo for the NES (Nintendo Entertainment System) in 1988. After that, the makers continued with the Mario Series with Super Mario World.

It also two-players to play together at a time. And the goal of the game was to collect coins and clear different levels with limited lives.

At the end of every stage, there used to a “boss” which was to be defeated to go further to the next stage. Also, there used to be hidden doors which helped the player to skip the levels and some took them to bonus levels. It was one of the most loved games and most played amongst teenagers.

This game continued the legacy of the series Street Fighter. The arcade game was developed by Capcom and was released in 1991.

The players in the game used to engage in a one-on-one fight with the opponent in close combat. And the one who took 2 rounds out of three was the winner.

There were different characters with their special moves and powers. Some of the famous characters in the game were Ryu, Ken, Guile, Chun-Li, and Blanka.

One of the best in Five retro games

The developer and publisher of the game were Konami Holdings Corporation. This arcade game was developed in 1988. Continuing the legacy of Contra, this game also provided a multi-player option.

The two characters in the game were Bill and Lance. And this game featured vertically scrolling stages in which the player used to move in eight different directions.

There used to be different powers which player had to collect to change the fire type of the gun. And the game had five stages which were set in military base, jungle and alien’s lair.

Developed and released by Namco, this game was a maze arcade game. The player used to control a titular character in the maze and had to protect itself from colliding into the other characters.

The objective was to eat all the dots placed in the maze. And this game required the presence of mind and quickness. Undoubtedly, this was an amazing and addictive game.

This game is completely different from the above-mentioned games. Also, the game was developed by Nintendo for the NES. And NES Zapper was used to play Duck Hunt on a CRT television.

The objective was to kill all the ducks that appeared on the screen. And the player used to get three chances to shoot the ducks down.