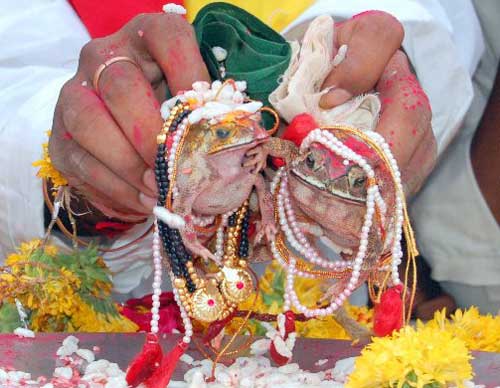 India is a mesmerizing place. The country is known for its rich heritage and culture. In India, you will find thousands of things, hundreds of places, that will simply amaze you. Here in this article, we will tell you about the 10 unique villages of India, that will surely surprise you. Each of the villages in the list tells a different and unique tale. Have a look at all of them.

This village in the Mallapuram district of Kerala is known as the village of twins. It is said that around the world, there are seven people of the same face. In Kodinhi village, you will surely find two of the seven. According to the reports, in this village of around 2000 families, there are 400 pairs of twins. This fact makes this village fascinating.

The reports suggest that every 45 out of 1,000 mothers in Kodinhi village give birth to twins. If you are in Kodinhi, you will find several pairs of children with the same face, same height. The fun fact is that the twins here in Kodinhi fall sick at the same time.

In this village, you won’t find any doors, any locks. The villagers believe that Lord Shani protects them from calamities and mishappenings. Therefore, people do not put doors and locks in their houses and sleep peacefully during the night. The village is located in Maharashtra and received around 40,000 devotees each day.

This village in Punjab is known for creative and unique water storage tanks. From aeroplanes to bodybuilders, you will find water reservoirs of different designs here. Each storage tank in this village tells a story. Every house in the village is known for the type of water tank they have adorned on their rooftop.

Also read: 10 interesting facts you need to know about Vicky and Katrina’s wedding

The village has a lake with a boating facility, a sports academy, a water treatment plant, a public canteen and much more. From Chakar village, boxer Mandeep Sandhu has represented the nation on an international level.

You may not believe it, but this village in Maharashtra has 54 millionaire families. The village used to be a drought-prone area near Ahmednagar district. The reports suggest that in the last 15 years, the average income of the village has increased 20 times.

This village is known as the village of bachelors. It is said that for over 50 years, no one in the village has married. The major reason is said to be the lack of infrastructure. That is the reason no one gets ready to send their daughters to this village.

Can you think of a village in India where people speak Portuguese? Well, here in Korlai, people greet the visitors in Portuguese. Reports suggest that the names of the residents in Korlai village are in Portuguese and they eat Portuguese food. According to the reports, the Portuguese made the village and till now, the people have kept the heritage alive.

The village is famous for frog weddings. The residents of the village believe that it is a way of pleasing the God of rain. The people believe that if wild frogs are caught and married in the traditional way as that of humans, the rain God is pleased. They believe that it helps in bringing rain.

This village in Gujarat is an inspiration for many. Here, every home has toilets, there are two primary schools in the village, a primary health centre. The whole village is wi-fi enabled and there are CCTV cameras installed at strategic points. Also, there is a public address system in the village with 140 loudspeakers.