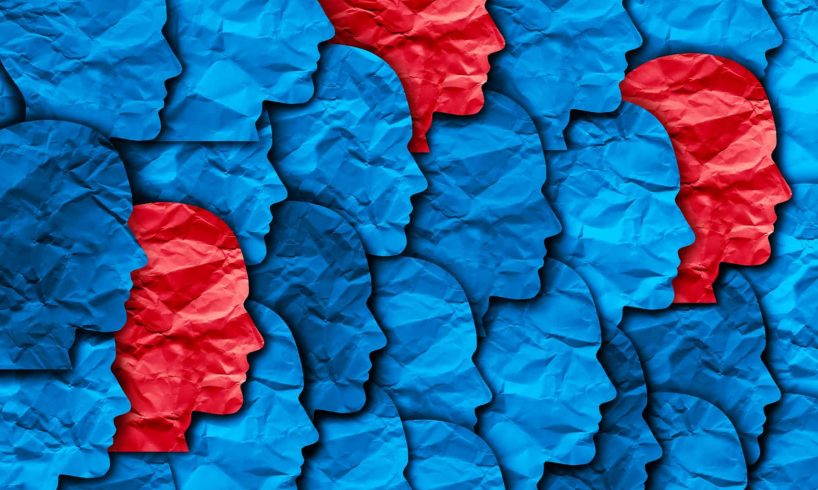 India’s Covid-19 tally on Monday crossed the 60-lakh mark after the country reported a spike of 82,170 new virus cases, according to Union Health and Family Welfare Ministry data. India’s case tally now stands at 60,74,703, with 95,542 deaths due to coronavirus.

Meanwhile, a second sero survey has been conducted in India, the results of which are still awaited, so that it can be known that in fact there are so many or more cases of corona infection.

Also, a statement of the health minister of the country is becoming very viral on social media. In this, Health Minister Dr. Harsh Vardhan can be heard saying that India is still far away from herd immunity.

The Health Minister Dr. Harsh Vardhan has been doing Sunday dialogues with the public for the last three Sundays. During this time people ask them questions and they answer selected questions.

Even on 27 September, Somnath, a resident of Bengaluru, had asked the Health Minister Dr. Harsh Vardhan, “The report of the ICMR Siro Survey has caused confusion among the people. People have become disillusioned thinking that most people have got corona infection or it will happen in the coming days. With this kind of mindset of the public, how can the government deal with Kovid-19 disease? “

And, in response to this question, Health Minister Dr. Harsh Vardhan said, “ICMR has conducted two sero surveys in the country so far. The first one was done in the month of May. At that time it was learned that 0.73 percent of people in the country are vulnerable to corona infection. The second sero survey has recently been conducted by ICMR. Samples were taken from 70 districts in 21 states of the country. The results of this sero survey show that India is still far away from the condition of herd immunity. And the results of the survey will be presented to the public soon.

After the Health Minister’s reply, the public has been asking many questions about herd immunity on social media like what is herd immunity, how long will it come and why should it wait? and also everyone wants to know Vaccine or herd immunity?

We are putting an effort to answer all your questions related to herd immunity.

According to Health Minister Dr. Harsh Vardhan, “Herd immunity status is achieved in any population when the disease spreads to 60 to 70 percent of the population. If the results of the CERO survey are telling that the herd immunity in India If the situation has not come, then it can be concluded from this that there is still such a large population in India which has survived till now due to the disease of Kovid-19. Has not been found. So people should not stop being cautious. “

What is Herd Immunity?

Herd immunity (also called herd effect, community immunity, population immunity, or social immunity) is a form of indirect protection from infectious disease. That occurs when a large percentage of a population has become immune to infection. Whether through vaccination or previous infections, thereby providing a measure of protection for individuals who are not immune.

“Once a certain threshold has been reached, herd immunity gradually eliminates a disease from a population”

Individuals can become immune by recovering from an earlier infection or through vaccination. Some individuals cannot become immune because of medical conditions, such as immunodeficiency or immunosuppression, and for this group, herd immunity is a crucial method of protection. Once a certain threshold has been reached, herd immunity gradually eliminates a disease from a population. This elimination, if achieved worldwide, may result in the permanent reduction in the number of infections to zero, called eradication. Herd immunity created via vaccination contributed to the eventual eradication of smallpox in 1977. And has contributed to the reduction of the frequencies of other diseases. Herd immunity does not apply to all diseases, just those that are contagious. It means that they can be transmitted from one individual to another. Tetanus, for example, is infectious but not contagious, so herd immunity does not apply.

Herd immunity was recognized as a naturally occurring phenomenon in the 1930s when it was observed that after a significant number of children had become immune to measles, the number of new infections temporarily decreased, including among susceptible children. Mass vaccination to induce herd immunity has since become common and proved successful in preventing the spread of many infectious diseases. Opposition to vaccination has posed a challenge to herd immunity, allowing preventable diseases to persist in or return to communities that have inadequate vaccination rates.

If a disease spreads to a large part of the population and the immunity of the human being helps to prevent the spread of infection of that disease, then those who fight the disease and get fully cured are ‘immune’ from that disease. Go, that is, they develop immunological properties. In them, competent anti-bodies are prepared to compete with the virus.

“If most people of a herd of humans (herd in English) become immune to the virus, it is very difficult for the virus to reach others in the middle of the herd and its spread stops after a period.”

As per the reports Dr. Eduardo Sanchez, Chief Medical Officer of the American Heart Association, has tried to explain this in his blog. Dr. Eduardo Sanchez writes in his blog that, “If most people of a herd of humans (herd in English) become immune to the virus, it is very difficult for the virus to reach others in the middle of the herd. And its spread stops after a period.” This process takes time. At the same time, the idea of ​​’ herd immunity’ usually comes when the safety of vulnerable people is ensured with the help of a vaccination program. “

As per the reports, it is estimated that ‘herd immunity’ against Covid-19 can develop in a community. But if only after when about 60 percent of the population has been infected with the coronavirus. And if they have become immunized by fighting it.

But another point to remember is that to reach the level of herd immunity, about 80 percent of the population needs to be immunized(according to Johns Hopkins University).

And if four out of every five people are not infected even after coming in contact with the infected person, then the infection can be kept under control. However, it also depends on how contagious the disease is. It is usually necessary to have the immunity of 70 to 90 percent of the population to reach the level of herd immunity.

What to wait for, Herd immunity or vaccine?

Experts say, instead of waiting for herd immunity, we need to make all the security arrangements against the coronavirus at all times.

India has not yet reached the stage of herd immunity. Even if the state of herd immunity comes in some states, that is not an effective way to avoid corona infection, because the movement of people from one place to another has started.

Another problem is that the anti-body formation that is being revealed in the serosurvey is not a hundred percent reliable because they are antigen tests and most importantly the anti-body corona found in the body is effective to fight infection Yes, this cannot be ensured. Sometimes antibodies made to fight other coronaviruses are also found in the body.

So, Vaccine or herd immunity?

Herd immunity creates immunity in those people who have not got an infection and they hide and survive because of other people. That is, it does not naturally protect you from disease, you depend on someone else to avoid illness.

But the vaccine can be given to everyone. Once an effective vaccine is in place, your safety is natural and you do not depend on others.

Therefore, doctors and experts recommend that you do not wait for herd immunity until the vaccine comes. Use a social distance as much as possible. Apply mask, wash hands, and keep a distance of two yards with others.

Do we hope you have got some information about your question, Vaccine or herd immunity? Kindly comment back for your feedback.