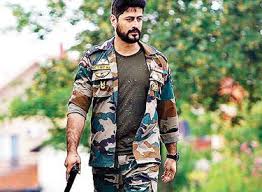 Last seen in an applauding role of the film Uri: The Surgical Strike, Mohit Raina is expected to be seen in an upcoming web series Bhaukaal which is an enthralling action drama.

The series is centered on the life story of an IPS officer named Navniet Sekera who has helped in lowering down the crime rates in the state of Uttar Pradesh in the early 2000s. The show would have Mohit Raina as the lead and is helmed by Jatin Wagle.

Raina was last seen in Uri The Surgical Strike opposite Vicky Kaushal. He has also performed brilliantly on the small screen in the role of Mahadev in Life Ok’s Devon Ke Dev: Mahadev.

Bhaukaal is a slang used in Uttar Pradesh which means impressive and robust.

The web series is set in Muzaffarnagar in the year 2003. The city was popularly known as the crime capital of India in the earlier times. Raina would be seen alongside a cast including Abhimanyu Singh, Siddhanth Kapoor, Bidita Bag, Rashmi Rajput, Pradeep Nagar, Sunny Hinduja, and Gulki Joshi.

The web series will be 10-episode long and will be produced by Harman Baweja, Vicky Bahri. The script of Bhaukaal is prepared by Akash Mohimen, Jay Bansal and Rohit Chauhan. It will be quite interesting to see what kind of role Mohit Raina would portray.