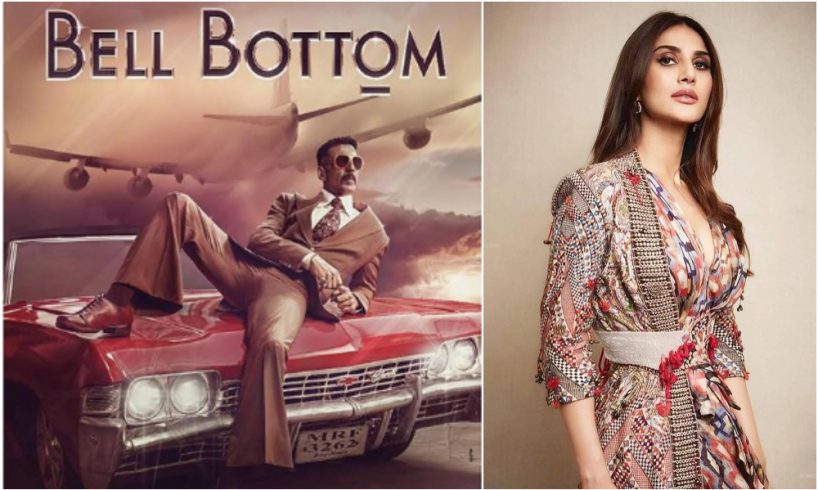 Entertainment: Bollywood actor Vaani Kapoor who manages to set the screens on fire with her hot performances has been paired opposite Akshay Kumar for his upcoming “spy thriller movie Bell-Bottom”. The film Bell Bottom will be the first time when the audience will see a new on-screen pair of Akshay Kumar with Vaani Kapoor.

Earlier, speculations were traveling that Nupur Sanon would be approached for the role. However, the recent media reports suggest that the makers have finalized Vaani Kapoor to be the leading lady of their up next.

However, Bell Bottom is expected to hit the silver screen on April 02, 2021. The film has been inspired by real-life incidents and is helmed by Ranjit M Tewari. The film is backed by Vashu Bhagnani, Deepshikha Deshmukh, Jacky Bhagnani, Nikkhil Advani, Monisha Advani, and Madhu Bhojwani.

Have a look at Bell Bottom’s first look:

Since Akshay Kumar keeps on experimenting with the differing roles, this time is has chosen what he has already done. Akshay Kumar chose to be a spy in the “spy thriller movie Bell-Bottom” that he has already performed in films like Holi, Naam Shabana, Baby. But however, the actor’s every performing is best than the other. So the audience will definitely wait for this one as well.

On the work front, Vaani Kapoor made her Bollywood debut in the industry back in 2013. The film titled Shudh Desi Romance opposite Sushant Singh Rajput. Later, she did films like Befikre and War as well. Apart from Bell Bottom, Kapoor will also be seen in Shamshera star Ranbir Kapoor and Sanjay Dutt which is a Yash Raj Film.

Other than Bell Bottom, Akshay Kumar has got many films in his pocket. The lit includes Sooryavanshi, Bachchan Pandey, Atrangi Re, Laxmmi Bomb, and many others. However, Akshay Kumar’s film Sooryavanshi directed by Rohit Shetty was expected to release later this month. But the makers had to postpone the film due to the ongoing global health conditions.