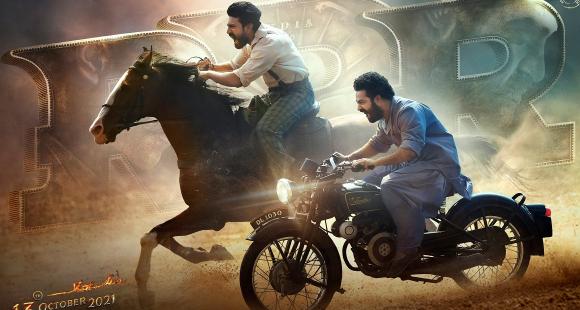 RRR marks the return of Rajamouli to action

All the fans across the country cannot hold back their excitement since the announcement of the release date. The Film RRR marks the return of Rajamouli to action after the historic success of Baahubali 2, Indian cinema’s biggest blockbuster.

As per a recent report in Pinkvilla, the makers of the film are already receiving exorbitant offers from independent distributors all over India to acquire the theatrical rights. The team of RRR is getting offers from territories of Southern states which amounts to Rs 348 crore. And, it’s going to be the biggest deal in the history of Telugu cinema, defeating the pre-release business of Bahubali 2, which had collected approximately Rs 215 crore from the South speaking states, the report quoted a trade source as saying.

The recent offer of Rs 348 crore is valued for the Telugu, Tamil, Kannada, and Malayalam versions. RRR’s hind version will be dished out by Anil Thadani’s AA Films on a commission basis. And, the widespread expectation from the Hindi dubbed version is high too, so the rights will be valued at approximately Rs 100 crore.

Also, RRR’s overseas rights have been sold to Phars Films for a whopping amount of Rs 70 crore. And, Before the release of the film, the estimated revenue for the producers is over Rs 500 crore from the sale of worldwide theatrical rights only.

This project, the period drama marks the first collaboration of Jr NTR and Ram Charan. Set in the 1900s, the period drama is a fictional chronicle on the youth days of freedom fighters Alluri Seetharamaraju (Ram Charan) and Komaram Bheem (Jr. NTR). And, the film is scheduled to release in multiple languages. The film also features Alia Bhatt and Ajay Devgn.