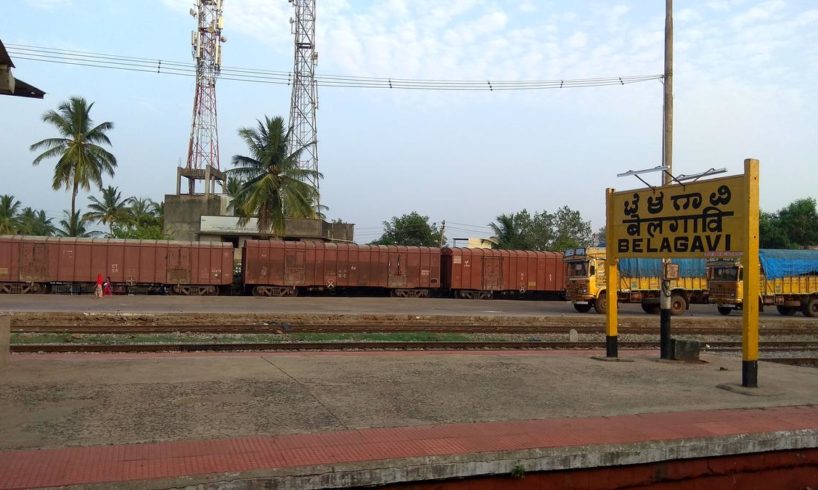 Railway saves a 5-year child life in Karnataka even during the lockdown. And it’s all due to the intervention of Minister of State for Railways Suresh Angadi.

As per the reports the life of a five-year-old child in Belagavi was saved in time. As crucial medicines were transported to the Karnataka city from Pune.

According to a press release by the South Western Railway, the Minister’s office at Belagavi got a request. And this request was to help in getting critical medicines from Pune for the child.

The South West Railway statement read as, A child of 5 years of age in Belagavi was undergoing treatment from a doctor based at Pune. And the medicine was said to be critical and it was to be transported to Belagavi from Pune.

“The appeal to bring medicine by road gone in vain”

The appeals of the child’s parents, to the Maharashtra state authorities to permit to drive their vehicle by their relatives based at Pune to Belagavi to bring the medicine had gone in vain.

And Angadi, who is also the Lok Sabha MP representing Belagavi, immediately directed the concerned officials of Railways in Pune to provide assistance in the matter.

The required medicine was brought to Pune Railway Station. And then transported in a goods train. Which was due to pass through Belagavi and further. The staff of the train ensured that the medicine reached Belagavi safely the very next day.

On receiving the medicine, Railways staff in Belagavi delivered the same medicines near to the child’s home. As approach roads to the station were blocked due to lockdown.

The medicine reached the child on time and saved a life.