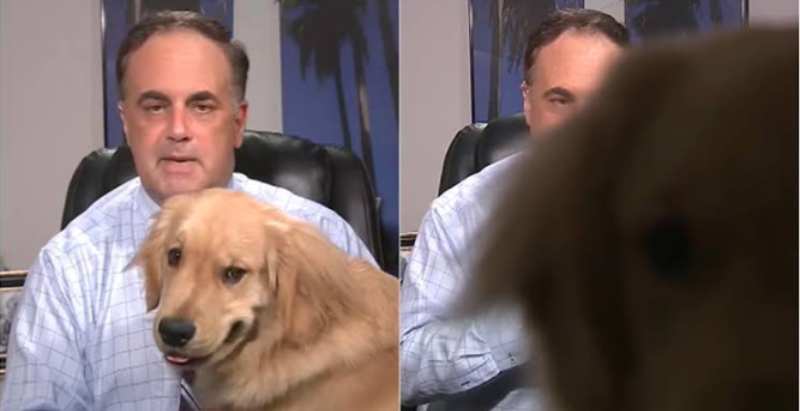 April 24: Because of the Coronavirus pandemic, most of the people around the world are working from home. But it can be difficult at times to work from home when your pet is around.

A similar incident happened during the weather forecast of Fox news. The pet dog of the news anchor named Brody comes in the frame and sits in his laps while the broadcast was streaming live on Television. After he jumps from his lap, he starts roaming inside the room seeing a person outside the glass door.

A video of this incident has been shared by Fox news and it has won the audience’s hearts. In the video, the reporter apologizes for his dog’s interruption. But the anchor working from the studio says, “This is amazing! I love it. We don’t need to see that forecast map, we’ll just look at Brody.”

The netizens were not at all having any issue with Brody interrupting the broadcast. In fact, they loved Brody’s appearance and want to see him more in the future.

A Facebook user wrote, “We love the weather reports every night with Paul and Brody.”

Another user wrote, ” There is nothing better than to be photobombed by such a handsome dog. You should do all your forecasts with him by your side. The ratings will go through the roof! Nothing better than the love of a golden.”