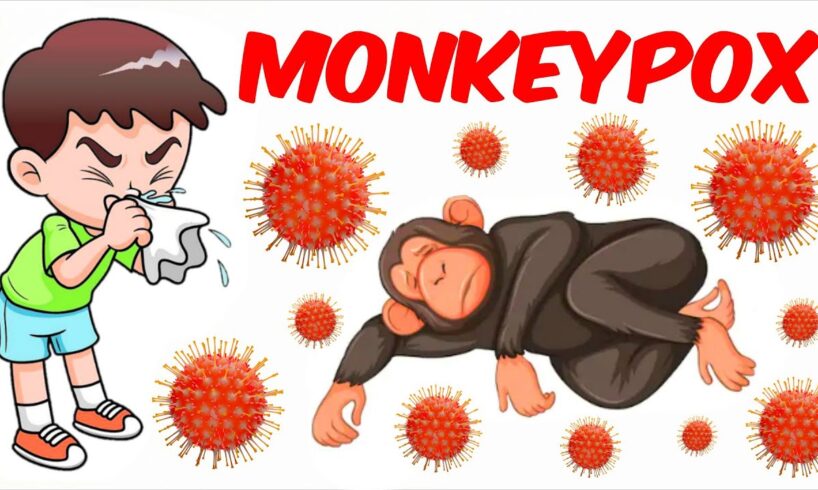 YD News/ Monkeypox: All you need to know about this viral infection/ Three minutes read

Monkeypox: All you need to know about this viral infection

Cases of the monkeypox virus recently confirmed in the United Kingdom. While some of the infected people had a travel history to Nigeria. The health authorities are yet to ascertain the source of transmission in others. The virus has said as endemic to Nigeria and is ‘rare and unusual.

Monkeypox is mainly in West and Central Africa and is a rare viral illness. It is comparable to but milder than, human smallpox. It was found in the 1970s in the Democratic Republic of the Congo. In West Africa, the number of cases has grown during the previous decade.

The United Kingdom, Portugal, and Spain suspect a handful of cases of monkeypox.

Though there are no cases of the virus in India, here’s all you need to know about the infection.

Monkeypox is a zoonosis illness that transmits from animals to people. It occurs by an orthopoxvirus that causes symptoms comparable to, but less severe than, smallpox. “Monkeypox virus is a member of the Orthopoxvirus genus in the Poxviridae family. It is witnessed in 1958 when two outbreaks of a pox-like disease occurred in lab monkeys held for study, giving rise to the term,” said Dr. Vikrant Shah, consultant physician, intensivist, and infectious disease expert at Zen Multispeciality Hospital Chembur.

According to World Health Organization (WHO), smallpox eradicate in 1980. Monkeypox continues to occur in countries of Central and West Africa.

Monkeypox: All you need to know about this viral infection

How does it transmit?

According to the WHO website, infections are generally found “near tropical rainforests. Where there are animals that carry the virus.” It states that evidence of monkeypox virus infection has found in animals like squirrels, Gambian poached rats, dormice, many kinds of monkeys, and others.

It spreads by body fluids, skin lesions, internal mucosal surfaces such as the mouth or throat, respiratory droplets, and exposed items.

Signs and symptoms of Monkeypox: all you need to know about this viral infection

Monkeypox symptoms include fever, headache, muscular pains, and tiredness, according to the Centers for Disease Control and Prevention (CDC). The incubation period for this viral infection is generally 7-14 days, however, it can range between 5 and 21 days.

A rash appears 1 to 3 days (sometimes longer) following the arrival of fever, often starts on the face, and spreads to other regions of the body.

How is it identified?

According to WHO, the primary laboratory test for this viral infection. It is the detection of viral DNA using polymerase chain reaction (PCR). The best diagnostic specimens are those acquired from the rash. Like – skin, fluid, or crusts, or a biopsy if possible. Antigen and antibody detection techniques may be ineffective.  Since they do not identify between orthopoxviruses. “Typically, up to a tenth of those sick with monkeypox die, with the majority of mortality falling in younger age groups,” said Dr. Shuchin Bajaj, founder, and head of the Ujala Cygnus Group of Hospitals.

How is it different from smallpox?

According to the CDC, the fundamental difference between smallpox and monkeypox symptoms is that the latter causes lymph nodes to swell (lymphadenopathy), but smallpox does not.

This article gives details about Monkeypox: All you need to know about this viral infection.