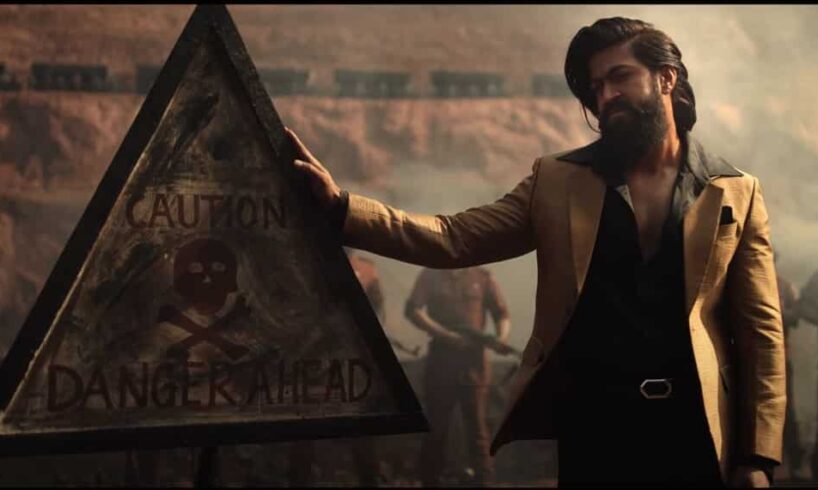 It appears that the ‘K.G.F: Chapter 2’ craze isn’t going away anytime soon, as the film continues to break record after record. While the Hindi dubbed version of the film surpassed the box office collections of ‘Baahubali-The Conclusion’ ((Hindi), ‘Sanju’, and ‘Tiger Zinda Hai’ in the first three days (141.50 cr.), the original version also made history with a record opening on Day 1. In that vein, the latest reports indicate that ‘KGF: Chapter 2’ (all versions) has crossed the 500 crore mark at the worldwide box office in just four days.

The film’s total earnings across all language versions have now reached a staggering 551.83 crore. Furthermore, according to trade analysts, this gross collection places the film as the world’s second-highest-grossing film over the recently concluded weekend.

The KGF films, written and directed by Prashanth Neel, a superstar in his own right, have captured the entire nation’s attention and reinvented the time-honored story of an underdog triumphing overall odds. But when the underdog in question is the seemingly invincible Rocky Bhai (Yash), every aspect of the masala template is turned up to astronomical levels.

The second section picks up right where the first one left off. The “pillars” of Narachi are now being forced to accept Rocky as their new boss. Of course, this causes widespread resentment, and it is clear that betrayals will befall Rocky left, right, and center.

Rocky’s name frightens his opponents in the blood-soaked Kolar Gold Fields. While his allies admire him, the government regards him as a threat to law and order. Rocky must contend with threats from all sides in order to maintain unrivalled dominance.

In an interview with PTI, Prashanth said of the film’s success, “When we started with the film, we never thought it would be this (big) and that we would be here today.” We didn’t start by attempting to make it a pan-Indian film, or even in two parts. We began as a Kannada film and eventually decided to split it into two parts and take it outside. The producer and Yash should be credited. The idea was for me to connect with people through the mother-son story.”