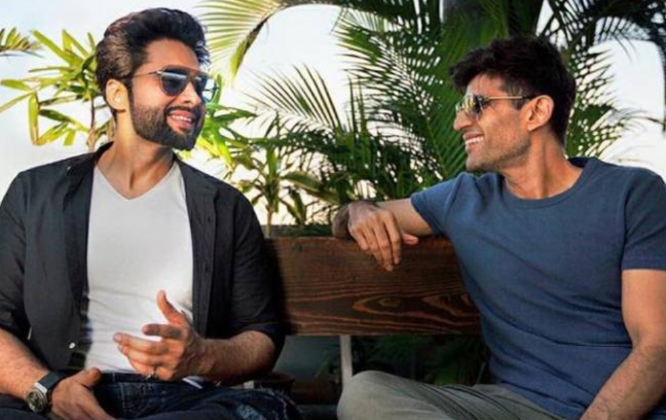 It seems that Bollywood is taking the industry to the next level with its exciting remake projects. While there are classic remake songs made, now the industry contributors are going on remaking the old hit films. Now Jacky Bhagnani has shown his interest in the making of ‘The Burning Train remake’.

Released in 1980, The Burning Train was an action-thriller film that turned out to be a huge blockbuster at that time and now, the remake of the 80’s blockbuster is soon expected to hit the Indian Bollywood cinema. Today in the morning, Jackky Bhagnani took to Instagram and his other social media handles announcing the remake of The Burning Train.

Bhagnani also mentioned in his post that he will be joining hands with Juno Chopra for the remake of the classic hit. Juno Chopra is a creative producer. He entered the Bollywood industry in 2017 with his debut film the movie Bareilly Ki Barfi.

Meanwhile, the producers haven’t revealed the cast of the film yet, so all the details of the film are awaited. The film is expected to go on floors later this year as mentioned in Taran Adarsh’s tweet.

Have a look at the Original The Burning Train:

Originally, The Burning Train was a multi-star film that stars Dharmendra, Jeetendra, Vinod Khanna, and Hema Malini. Other than these stars, Parveen Babi, Neetu Singh, Vinod Mehra, and Danny Denzongpa also played major roles. The film was directed by legend Ravi Chopra and BR Chopra was the producer of the film.

The Burning Train revolved around the story of a superfast train Super Express which catches fire during its inaugural run routing from Delhi to Mumbai. The train burns up due to the bomb blast happened at the inaugural ceremony. The blast was Randhir’s plan, (Danny Denzongpa) whose design was rejected so he plants the bomb to avenge the rejection.

You can look for more entertainment news

The Bhagnanis, after the release of their film Jawaani Jaaneman, have got Coolie No 1, and Bell-Bottom in the pipeline.